New Canaan Police received a complaint from a Cobbler’s Green resident regarding overcrowded parking on Main Street during services at the decades-old funeral home next door. 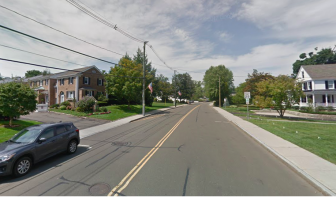 During funerals at Hoyt Funeral Home, the resident said in an email to police, “park cars in such haphazard way that it is impossible for us to get out of the unit as we cannot see anything as cars blocks the view.”

“Today it is the same situation now,” the resident wrote in an Aug. 31 email sent to police through the MyPD app. “Also, on weekday evenings, [the] next door dance school parents park illegally on street and make it hazardous for us to drive. It is [a] disaster waiting to happen. If you can do something about it.”

Regarding his traffic concern with funeral services, the complainant added, “All respect to the dead.”

Police Deputy Chief John DiFederico said there’s “normally nobody there” on Main Street near the funeral home, so the difference when motorists park legally on both sides of the street likely represents a major change.

“There is on-street parking and plenty of room,” DiFederico said.

He added that officials would look at the setback from parking spaces near the exit drive from Cobbler’s Green to see if it needs to be increased.

“Other than that, this is a temporary problem that solves itself,” he said. “It’s not necessarily that people are parking illegally.”