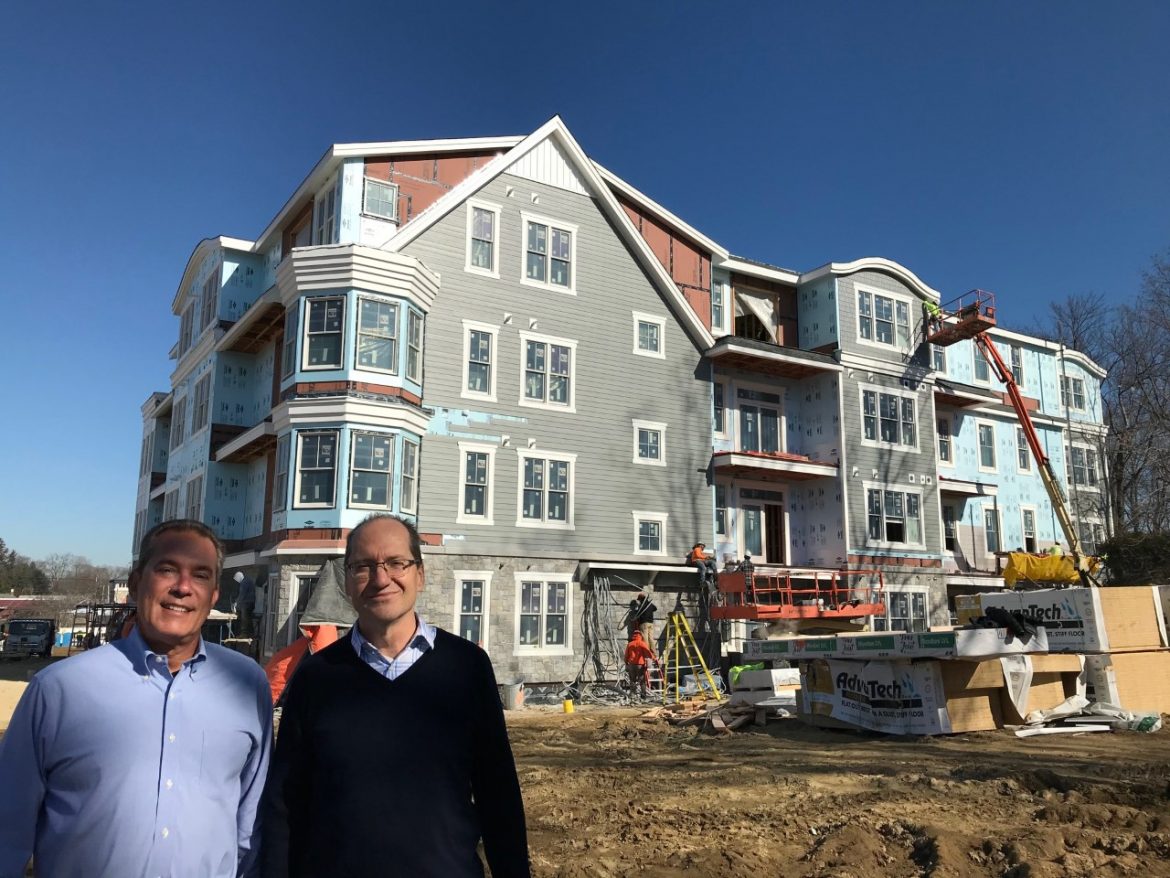 Two of the four residential buildings at the widely anticipated Merritt Village development on the edge of downtown New Canaan are now framed out, and should be ready for move-in by the end of this year, the project’s developers say. 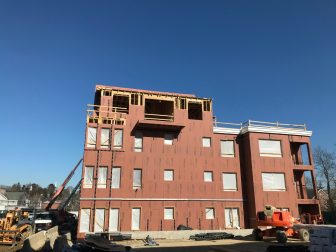 A total of 59 apartments will be available between the two buildings now nearing completion, and 40 condominiums will be available on the other two nearer to Park Street, according to Arnold Karp and Paul Stone of New Canaan-based Karp Associates Inc. The condo buildings will be ready by the spring 2021, they said.

“We are on time, we are on budget and the buildings are as attractive as I thought they were going to be, with all the extra time and effort that we spent on design, materials and quality of workmanship,” Karp said Monday morning, standing with Stone in an area amid the buildings that is to become a wide green of open space that wends through Merritt Village, flanked by terraces with benches and fire pits for residents. 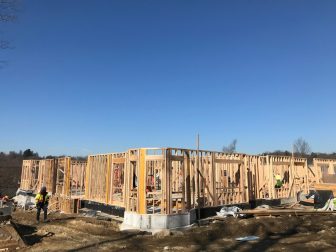 “I think when you ask neighbors, I think the general view from the town is that they have digested the project,” Karp said. “They see that it’s not looming over anybody, that it’s well-planned-out and well constructed. We are not going to make everybody happy, but I would say that overall we have gotten only favorable comments, especially in the last several months.”

Located south of Maple Street and east of Park Street, the landmark project received final approval from the Planning & Zoning Commission in November 2016 after several months of emotionally charged public hearings. The dog-friendly Merritt Village includes about 180 parking spaces, all underground, and each unit will have its own balcony, Karp said. 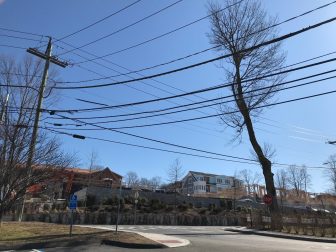 The buildings started going up last summer and have generated wide interest. As of this week, about 250 people have signed up for waiting lists between the apartments and condos, Stone said. The apartments range from one- to three-bedroom units and the condos range up to four bedrooms. Pricing hasn’t been finalized.

“I think that when these buildings are done they are going to be quite attractive,” Karp said. “We are going to show New Canaan a new way of building, where things actually can be over two stories and fit into the community.”