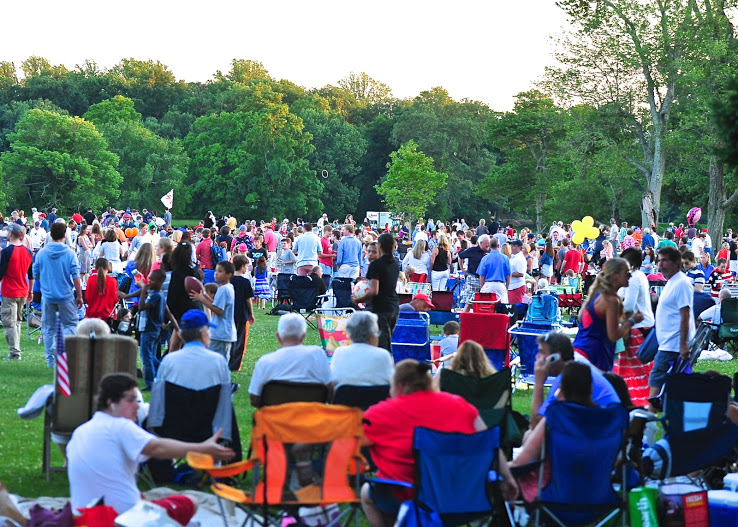 New Canaan’s highest elected official said Tuesday that the town should plan for a “normal” Family Fourth at Waveny this summer.

The town-appointed committee that organizes the hugely popular July 4 picnic and fireworks at Waveny is holding a public meeting this week and “there may be some decisions about some restrictions,” according to First Selectman Kevin Moynihan.

“It’s unclear yet whether or not we’re going have to do that,” Moynihan said during a regular meeting of the Board of Selectmen, held via videoconference.

The comments came during a discussion of general matters before the town, and on the eve of sweeping changes to COVID-19 pandemic-related restrictions that Connecticut has been living under for more than one year.

Gov. Ned Lamont this month announced plans to eliminate most of the restrictions as of May 19. Masks will not be required outdoors as of that day, state officials have said. It’s unclear whether there will be other guidance vis-a-vis gathering such as New Canaan’s Family Fourth. The Connecticut Department of Public Health is expected to issue recommendations Wednesday for large outdoor events.

The New Canaan Family Fourth Committee met in early March and agreed to plan for the community-wide event, pending restrictions from the state. The volunteer committee discussed different possible scenarios in the pandemic. When Recreation Director Steve Benko raised the prospective difficulty of keeping blankets six feet apart, committee member Suzanne Jonker said, “I think we need scientific evidence on six feet. I mean, I don’t want to start a debate but they better come up with that. They just kind of arbitrarily came up with six feet.” Then, at the suggestion made lightly of spray-painting 10-foot circles at Waveny, she said, “Get [President] Joe Biden’s team to do that. They’re good at that sort of thing.”

Last year’s event was canceled due to COVID-19 virus. July 4 falls on a Sunday this year.

7 thoughts on “Moynihan: Town Should Plan for ‘Normal’ Family Fourth at Waveny”