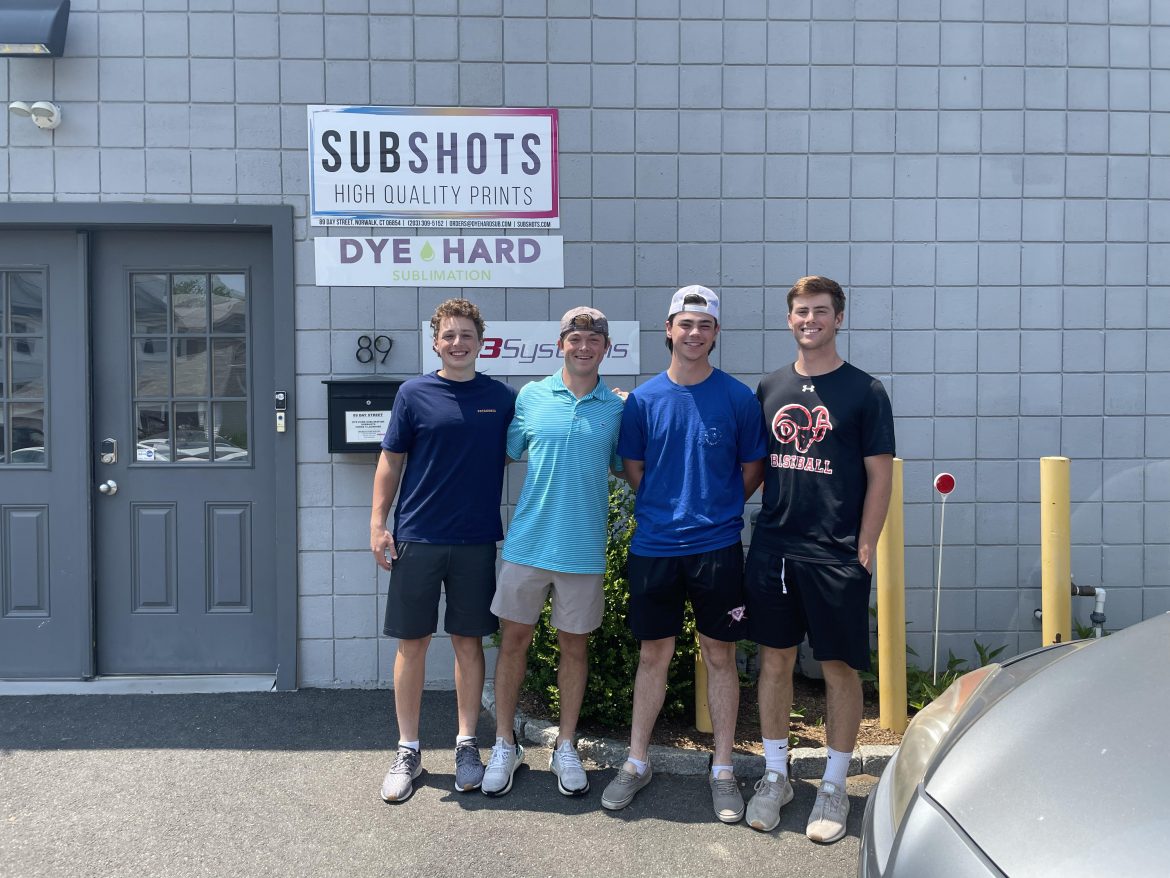 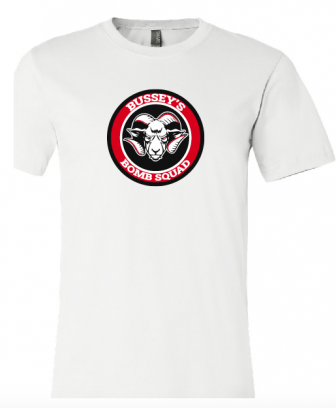 Mennitt, a leader of Bussey’s, said he and his fellow interns conceived of the project themselves.

“It was the first day and we were meeting, discussing ideas of what we should do for our entire project,” Mennitt told NewCanaanite.com. “Someone said ‘Bussey’s merch’ and we all immediately jumped on it.”

He continued, “We kind of stuck with that.”

The interns came out with two hooded sweatshirt designs and one T-shirt design featuring the familiar NCHS Ram mascot. 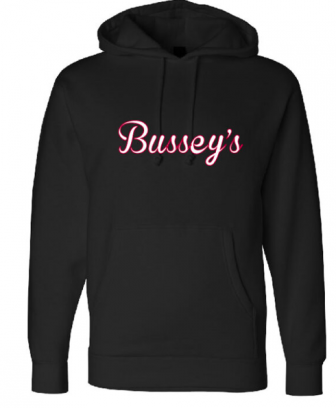 Dye Hard owner Sean Calvillo said that the interns launched their own online apparel store. According to the site, orders will be accepted through June 11 and will be reduced in price if ordered in bulk. (Prices range from $20 to $47.50.)

Mennitt said, “We’re still in marketing right now, trying to sell as much stuff as possible. I think heading into next week we’re going to print the materials and deliver them.”

Asked about the goal of the project, Mennitt said to some degree it is “to give back to the students and the Booster Club.”

“10 Percent of our sales go back to the Booster Club,” he said.

One of the ways the interns have been spreading the word to contribute to this goal is through social media, which Mennitt says has been helpful in giving them exposure.

Mennitt himself posted in the Bussey’s Bomb Squad Facebook group, which has accumulated more than 2,000 members.

He said he wanted the merchandise to be “something that the students will wear to the games.”

Calvillo said the work that the interns have done thus far is “excellent.”

“They’re invested in it,” he said.

Calvillo added that the interns “rose to the challenge.”