Police say they arrested a 24-year-old River Street woman on felony drug charges after she twice sold heroin to an undercover police officer. 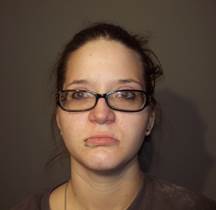 Elizabeth Hanson, 24, of 73 River St., was charged with two counts each of possession of narcotics and sale of narcotics, according to a press release issued by Police Chief Leon Krolikowski,

Police obtained a warrant to search her home and at about 9:10 p.m. on March 2, they found a small amount of heroin and empty bags containing heroin residue in her bedroom, the chief said.

“This arrest is the direct result of the sustained hard work, aggressiveness and dedication of the members of the New Canaan Police Department’s Investigations Division,” Krolikowski said. “Special recognition goes to Sgt. Andrew Walsh for leading this investigation. The New Canaan Police Department is committed to targeting and arresting those that possess and sell narcotics (especially heroin) within the Town of New Canaan.”

Hanson was released after promising to appear March 12 in state Superior Court in Norwalk.

Heroin is a growing problem in New Canaan and other suburban towns in the region and beyond, officials say. Silver Hill Hospital announced this month that it’s launching a new outpatient treatment program for heroin addiction that’s designed so it is covered by insurance.