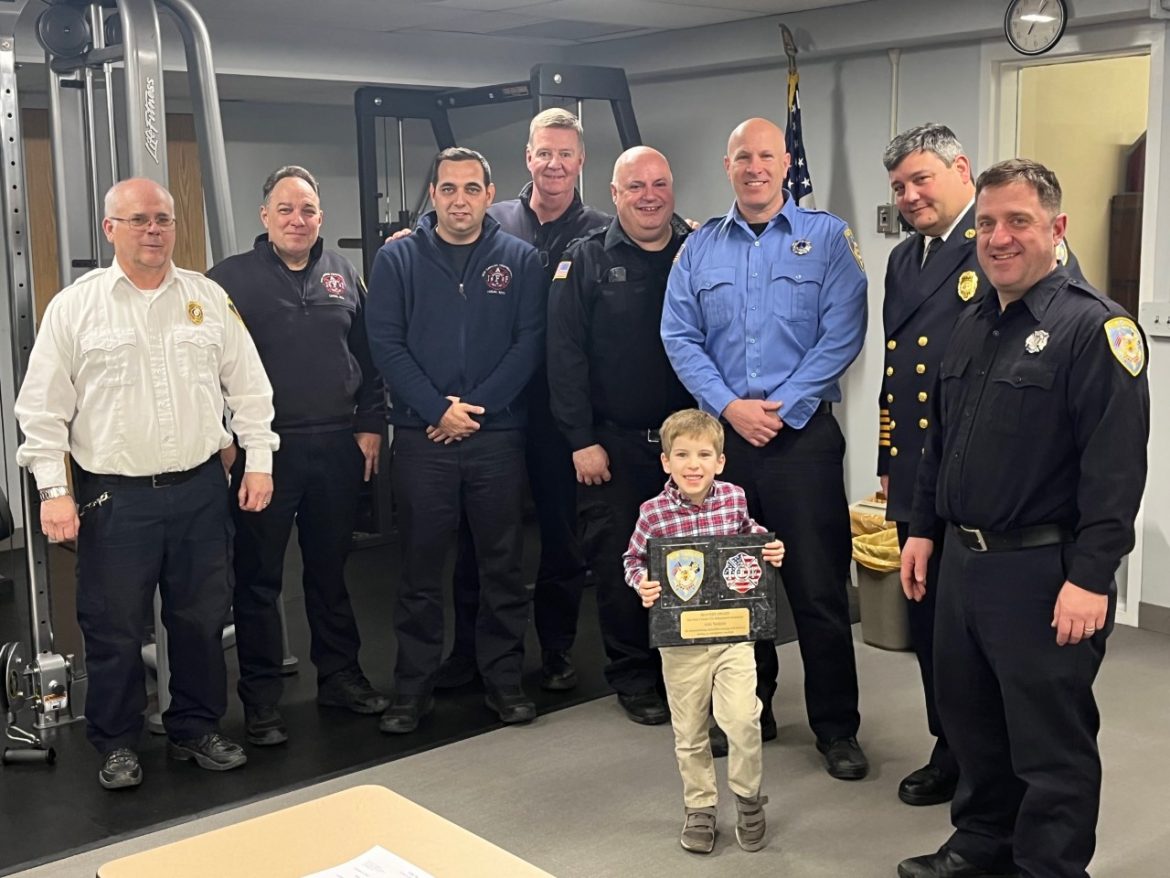 About two months ago, 5-year-old New Canaan resident John Tashjian was sitting in a car seat while his father, Luke, drove them up Route 20 in Sturbridge, Mass. 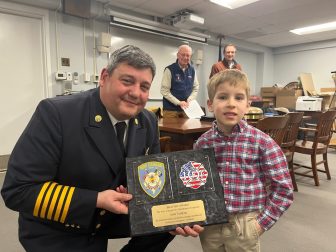 Suddenly, a motorist swerved into the oncoming traffic lane in the 50 mph zone and hit the Tashjians head-on.

The pair “rolled backwards across two lanes of oncoming traffic without being t-boned on John and my side of the car,” Fire Commission Chair Jack Horner said, reading from a firsthand account from Luke Tashjian at Tuesday night’s regular meeting of the appointed body.

“Our car rolled about 250 feet since it was slightly downhill to where it hit a parked car at the local towing company where they impound your car after an accident and stopped,” he continued at the meeting, held in Fire Department headquarters and attended by the Tashjian family. 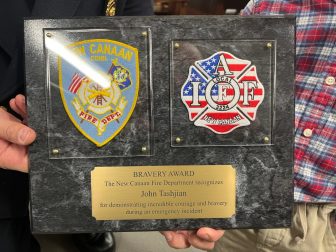 Incredibly, though his dad found himself unable to move, the little boy became “very calm and authoritative and told me to call 911,” Luke Tashjian said in the firsthand account.

“I was lying in a puddle and told him I didn’t have my cell phone. He told me to find my cell phone and call 911. I don’t recall where my cell phone was but it must have been in my pocket. I then said I was calling 911. He then said to me, ‘Don’t worry, the paramedics and firefighters will come and we will be alright.’ I’ll never forget that quote and I will never forget how he instantly went from panic mode to being calm and authoritative despite being in a lot of pain. I have never seen him like that before and I will never forget how he helped me when I was hurt. It was amazing. It must be some natural ability John has. We never even taught him to call 911 and instead we tell him to hit the panic button on our alarm system so he must have learned to call 911 in school.”

The boy is familiar with NCFD. According to his dad, every Friday morning at 8 a.m. John goes to the Locust Avenue Lot to help New Canaan’s firefighters test out Ladder 3.

He’s been doing it since he was two to three years old, Luke Tashjian told NewCanaanite.com in an email.

He’s in Mrs. Berg’s kindergarten class at South School where she taught her students to call 911, Luke Tashjian said of his son.