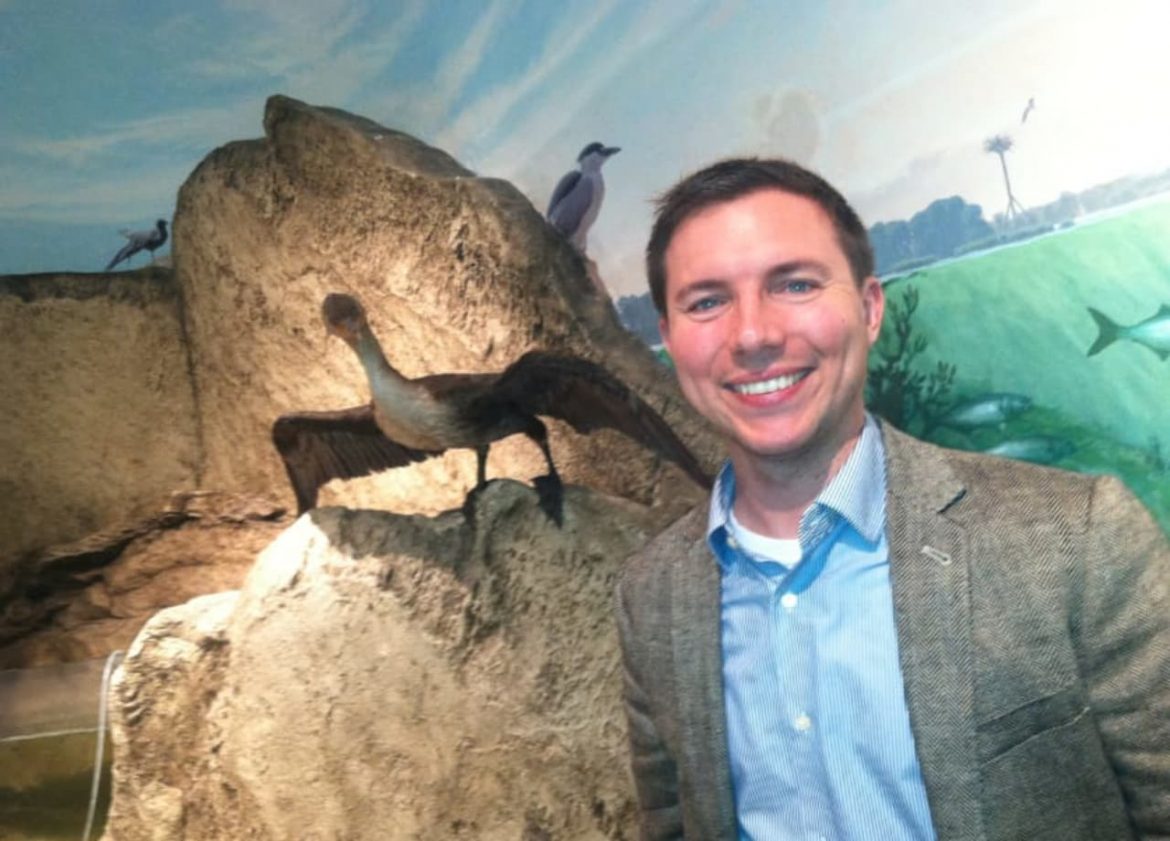 The topic of penguins suggests frigid weather, but Dr. Daniel T. Ksepka, Curator of Science at the Bruce Museum, Greenwich, CT, studies the beloved penguin all year ‘round. Join him for a fascinating look at the evolution of the penguin when New Canaan Library presents the live webinar “March of the Fossil Penguin” on Tuesday, May 25 at 7 PM EST. Please register at newcanaanlibrary.org; Zoom sign in information will be provided upon registration.
Penguins have a fossil record that extends 61 million years, and fossil discoveries throughout the southern hemisphere have revealed new species, including giant penguins and spear-billed penguins. Dr. Ksepka ‘s exciting lecture will explore the fossil record of penguins and the processes employed to examine their evolution, including CT scanning and SEM (scanning electron microscopy) analysis.
Dr. Daniel T. Ksepka earned his PhD through the Columbia University, American Museum of Natural History paleontology program in 2007. His research focuses on topics such as the fossil record of penguins, the evolution of the avian brain, and flight in giant extinct birds. His work on dinosaurs, penguins, and extinct birds has attracted much media coverage, including articles in The New York Times, National Geographic, and Discovery, as well as live interviews by BBC News, The Wall Street Journal, and NPR. At the Bruce Museum, Dr. Ksepka is currently overseeing the renovation of the “Cycles,” permanent natural history galleries which will open in October 2021 and the new Robert R. Wiener Mineral Gallery which will open in fall 2022.