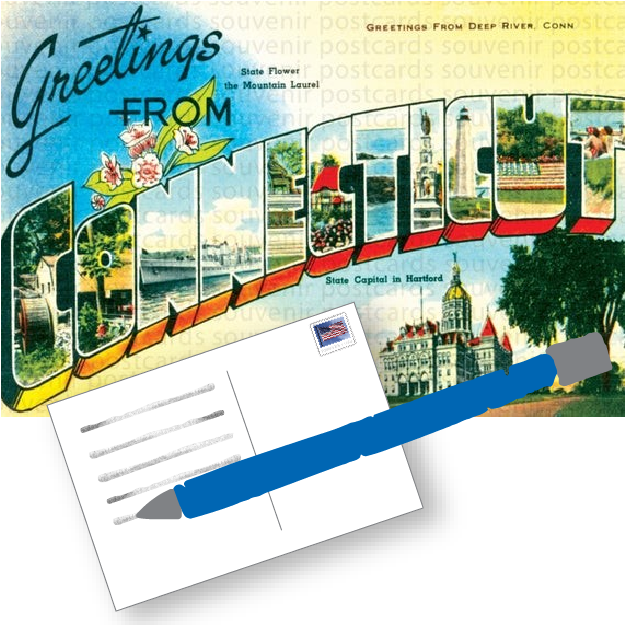 The popularity of sending postcards from far and wide might have waned in recent years, but the history behind the card itself and the practice is fascinating. Join New Canaan Library for a talk by historian and author Mark D. Van Ells, PhD on Tuesday, September 28, 2021, at 7 PM EST via live webinar. Please register at newcanaanlibrary.org. for zoom information.

In his program, Professor Van Ells will discuss the origins of the humble and ubiquitous postcard in the nineteenth century and explore the great postcard craze of the first decades of the twentieth century, when these little squares of pasteboard were much more than just travel souvenirs.

Mark D. Van Ells is Professor of History at Queensborough Community College of the City University of New York. He received his Ph.D in History from the University of Wisconsin – Madison in 1999 and is a native of the Badger State. Prior to his position at Queensborough, he taught for Mt. Senario College and the University of Wisconsin – Platteville. Dr. Van Ells also served as Archivist/Historian at the Wisconsin Veterans Museum in Madison from 1994 to 1998. Among his duties at the museum was the conduct of the Wisconsin Veterans Oral History Program, in which he interviewed nearly 200 veterans who served in conflicts ranging from World War I to Somalia. His research specialties include the cultural history of U.S. military, immigration and ethnicity, World War II, and popular culture.