[This article has been submitted by theNew Canaan High School squash team.]

The New Canaan High School Boys and Girls squash teams competed at the U.S. High School Team Squash Championships the weekend of Feb 6-8. According to U.S. Squash, this is the largest team squash event in the world and included 167 teams and 1,448 players representing 13 states. 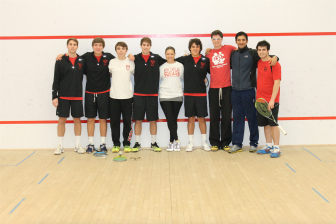 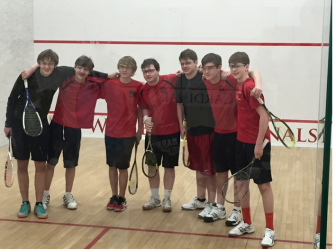 The team had a tough first match against Brooks School of MA and lost 3-4. 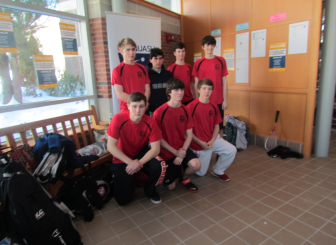 Next the boys played against William Penn Charter School (from PA) where despite wins by Grayson and Killian Bubrosky and Hal Holappa, the team lost 3-4.

Finally they were matched up with SCH (from PA) and won 4-3. Grayson and Killian Bubrosky and Hal Holappa won their matches in three games. When Christian Megherby began the final game of the match, the teams were tied 3-3. Megherby pulled off the win for the team when he defeated his opponent in an exciting match of four games. 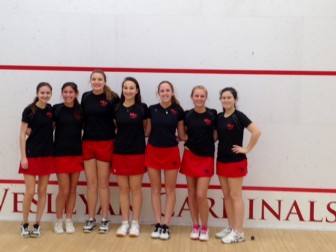 They lost their first match and went on to play New Haven. Notable wins were Teddy Holappa who won in 3 games and Sean Berry who played a very close match and defeated his opponent 11-8, 11-7, 5-11, 13-11. Next the team played Buckingham, Browne and Nichols (from Boston).

The girls played a round robin format against Buffalo Seminary of NY, Brearly School of NY, St. Andrews School of DE and School of the Holy Child of NY. Most of the players on this team have been playing for just one or two years and were competing against some seasoned opponents, they did an amazing job as many games were quite close, and they look forward to returning next year.

The teams practice at Chelsea Piers in Stamford and the Country Club of New Canaan and were coached by Supreet Singh and Rei Hergeth, both of Chelsea Piers.