Saying he suffered “severe injuries” after falling on an icy walkway two years ago because his landlord and a landscaping company had neglected to clear it, a New Canaan man has filed a lawsuit. 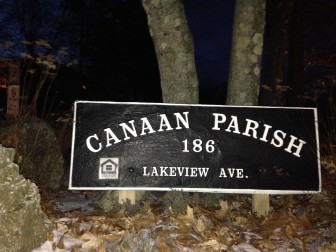 He fell and landed on his back at about 7:15 a.m. on Feb. 12, 2013 while walking toward the parking lot of the Lakeview Avenue apartment complex, according to the complaint, filed on Soderquist’s behalf by Cheshire-based Michael P. Foley, Jr.

“As the plaintiff was attempting to stand up after he had fallen on the ice, he was caused to fall a second time on the ice, where he landed on his knees,” the complaint said.

Soderquist “has paid and has become obligated to pay” bills for physical therapists, X-ray and MRIs and various physicians including an orthopedic surgeon, radiologists, and an internist, “as well as bills for medicines and dugs and the like, and he may be required to make expenditures for similar services and products in future.”

Attorneys at Wellesley, Mass.-based Davids & Cohen on Jan. 5 filed an answer on behalf of Furanos, disputing each count against the landscaping company (the same as those listed against the New Canaan Neighborhoods).

They include that the defendants failed to provide any warnings of the “defective condition of the premises or to put down any sand or salt.

According to the Furanos’ answer, Soderquist shouldn’t get any money because he was careless “in that he failed ot keep a reasonable and proper lookout for his own safety,” “failed to pay attention to where he was walking” and “failed to make reasonable use of his faculties and sense so as to avoid the accident.”

None of the attorneys could be reached for comment.