The New Canaan Rams baseball team has something special going this season, with a deep and balanced roster that has them sitting near the top of the FCIAC.

What many may not know is that there’s also something special within head coach Mitch Hoffman’s staff in 2014, as longtime assistant coach Ron Bentley has been reunited with an old friend: first-year assistant baseball coach Chris Silvestri.

“It’s nice to see Ron every day,” Silvestri told NewCanaanite.com. “A lot of memories come back when I’m with him.” 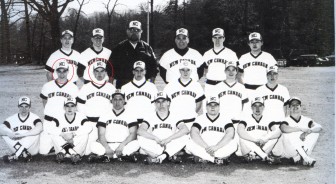 The memories stretch back about 30 years, when the two first became childhood pals at East School. The bond grew stronger as Bentley and Silvestri progressed through Saxe Middle School and on the youth baseball and football playing fields, with both blossoming into excellent–but very different–athletes at New Canaan High School. It was here where they were ultimately named co-captains of the 1994 varsity baseball team and selected to the All-FCIAC East baseball squad.

“Chris was just always a superior athlete,” Bentley said of Silvestri, who became an All-State football star at NCHS and went on to play college football at Lafayette and Fairfield University. “You could tell Chris had everything … all the skills you needed to play any sport. Chris could pick up a lacrosse stick and be good at it. That’s just the way Chris was.” 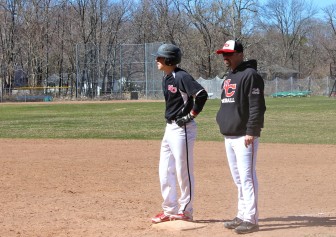 Said Silvestri of his fellow 1994 New Canaan High School grad: “Ron was always a catcher, kind of like the quarterback on the field. The thing about Ron, he was always a tough kid. So you knew that you wanted to be a friend of his, and not an enemy. So I got in early as a friend.”

It was in high school that Bentley first displayed his patented honest, in-your-face, disciplinarian style that has served him well as a coach on the playing field and as a decorated officer on New Canaan’s Police force.

“One thing about Ron is that he’d tell you exactly what he thought of a play, and he’d play exactly how he feels,” Silvestri recalled.

After one tough loss on the diamond, Silvestri angrily picked up a baseball and heaved it over the backstop. Bentley quickly came up to Silvestri with some sharp words of advice. 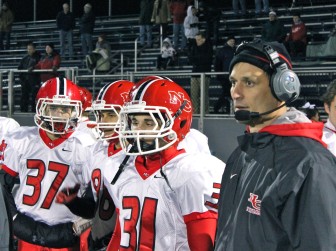 “Ron told me exactly what he thought of that throw,” Silvestri continued. “And I’ll never forget that because everyone was trying to sugar-coat it, but it wasn’t something that you can sugar-coat. It’s something where I needed to be a little bit more under control, and I always took that with me. Ron was the only one telling me the truth, and he didn’t hold it against me but said hey, you know you gotta have control, so he was coaching me way back then.”

Bentley is entering his fifth year as the Rams’ first base coach, now joined by Silvestri–a valued assistant coach on the New Canaan Rams football team for 15 years. The friendship between the two has not gone unnoticed nor unappreciated by members of the baseball team. 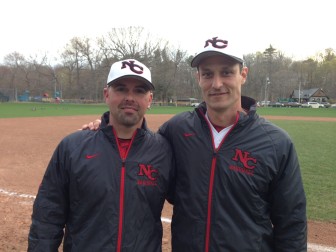 “It’s great to see a bond that continued through their entire lives…a friendship that began when they went to school together,” senior captain Nick Cascione told NewCanaanite.com. “They still talk about having fun playing baseball together in high school. It’s pretty cool to have those two guys coaching us and helping us through something that they went through at the same age and the same time together.”

The pairing was a stroke of genius by Hoffman, as the relationship is augmented by two very different, yet successful, coaching styles—styles that very closely mirror those from their playing days.

“Bentley is pretty aggressive and will tell you bluntly what’s going on, what bad things you’re doing,” Cascione said. “Sly takes a more mellow approach. They both get their messages across, and make it very clear what you’re doing wrong, and will compliment you when you’re doing good. They’re both great people.” 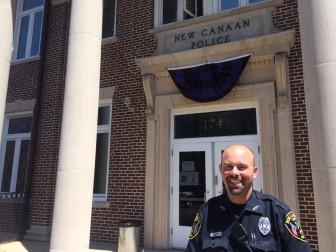 “Ron’s a discipline guy, and that’s what you need,” Silvestri said. “There’s no doubt Ron could come on to the field and command attention from these kids. And they want to do well for Ron. The best thing that you can do as a coach is have the kids play hard for you, and that’s what he does.”

Silvestri can “relate to the kids really well,” Bentley said.

“He has a great relationship with the kids. And he has a tactful way of getting his point across.”

While their styles have remained the same, both Bentley and Silvestri agree that the sports themselves have evolved significantly from their playing days, particularly how the community embraces youth and high school sports in present-day New Canaan.

“The community is very sports-oriented,” Bentley said. “I think for the baseball program itself, it’s kind of evolved into something now where New Canaan is a powerhouse for baseball. When Mitch and I took this over a few years ago we were kind of a laughing stock. And now you have to take us seriously every time you play us.”

“That’s a great thing because there’s a lot of lessons you can learn on the field that you can’t really learn in the classroom,” Silvestri said. “These kids understand that, and so do the parents. You want to talk about a full education of a child or a student–these student athletes come out here and this is another classroom. And that’s how the New Canaan sports community approaches it.”

It’s a unique approach that helped bring people like Ron Bentley and Chris Silvestri back to their hometown to act as role models for the next generation of student athletes, such as Nick Cascione. 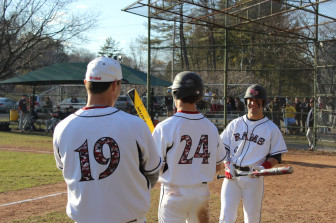 “It’s really cool to see how things can wind up and see people coming full circle back to New Canaan, because it’s such a great place,” Cascione said. “I would totally consider coaching or coming back to help the youth out. What they’ve done is tremendous. They’ve gone out and become successful and now are helping kids out who are wearing their shoes. I would love to do that when I get older and hopefully I can.”

One thought on “New Canaan’s Bentley and Silvestri: A Diamond Reunion”