An application has gone into the town to build a 5-bedroom home on Parade Hill Road where a stucco exterior 1900 home that’s slated for demolition now stands. 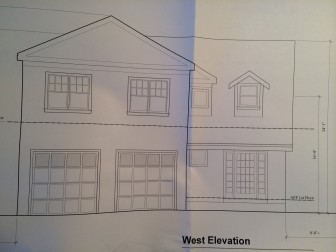 Total construction will cost $400,000 and will be overseen by contractor Shelton-based contractor Ken Weldon.

The .23-acre property sold in May for $410,000, tax records show. It’s owned by 587 CT AVE LLC, a company whose principal is a New Canaan man, according records on file with the Connecticut Secretary of the State. 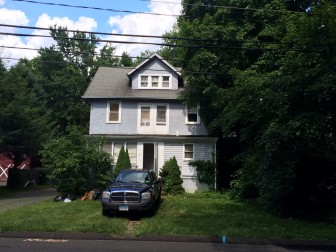 This home at 61 Parade Hill Road is slated for demolition. Credit: Michael Dinan

Parade Hill Road—a street that connects Routes 123 and 124, and sees a lot of commercial traffic as a result  (to the concern of some in the neighborhood)—is seeing plenty of new construction right now.

A few doors down, the old Syd Greenberg property at number 75 is seeing a new home go up, while a bit further along and just a bit up the hill, a small 1914 home came down and will be replaced by a house with more than five times the living space of the original.