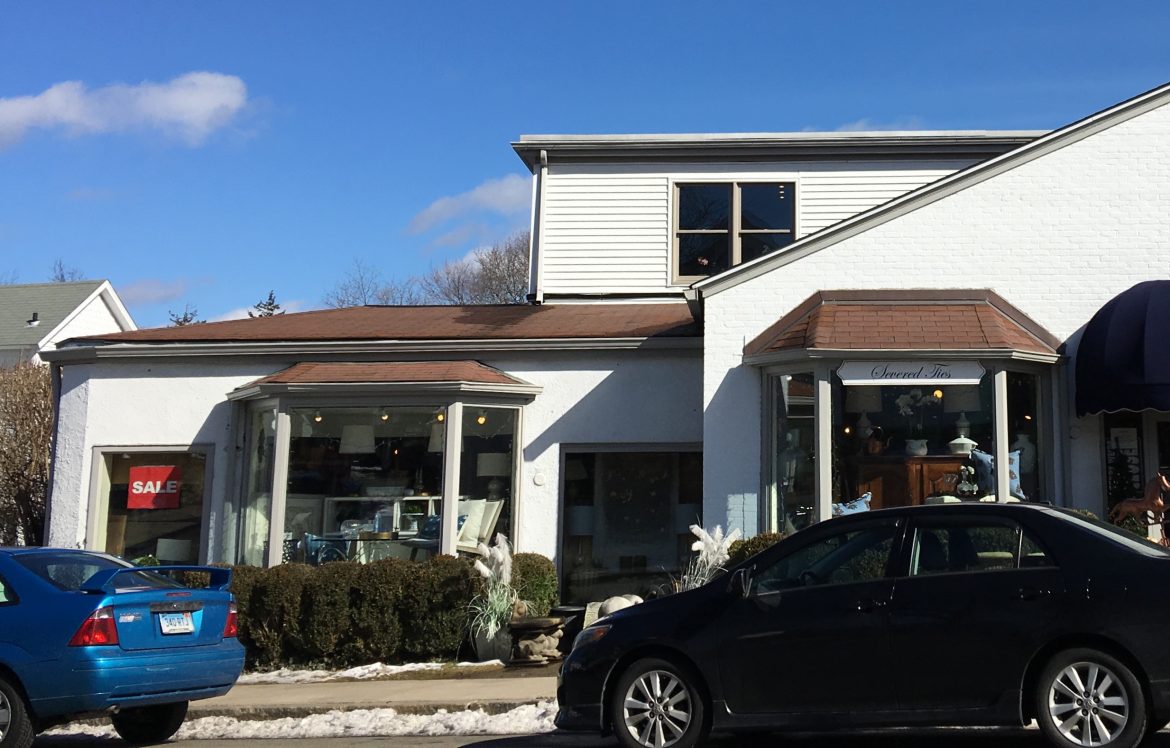 The town has received a building permit application to divide in two an existing retail space on Cherry Street and install a new wine shop into one of them.

The new tenant would be ‘DB Fine Wines,’ according to the application. (Severed Ties would  remain as the other occupant of the newly divided space.)

DB Fine Wines registered Feb. 6 with the Connecticut Secretary of the State, the state agency’s records show, and its principal is listed as a Carter Street man.

Along with the building permit application, principal of the business has applied to Planning & Zoning for site approval in order to use the retail space for a “retail wine store” with “mainly Internet-based sales” as well as “some regular retail sales.”

Under the New Canaan Zoning Regulations, properties in the Business A zone may be used as supermarkets (so long as they’re smaller than 30,000 square feet) with site plan approval from Planning & Zoning (see page 77 here).

The newly created space on Cherry Street would include about 1,530 square feet, according to a site plan filed with the P&Z application.

The Planning & Zoning Commission is expected to take up the application at its regular meeting at 7 p.m. Tuesday.