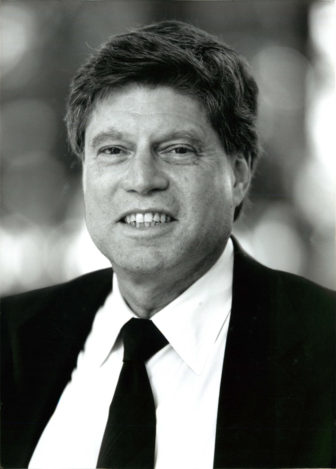 Joel was a hero to his children, and was a source of boundless love, compassion and generosity. He was a caring and brilliant visionary who made a lasting impression on everyone he met, and who will continue to touch and influence the lives of generations to come.

Born in 1938 in Chicago, he was the son of Norbert Rosenthal and Ruth Rukin Rosenthal. He spent his youth in Chicago, Cincinnati and finally Tulsa, Okla. where he attended Central High School and was well known for his scholarship, outgoing personality, charm and humor. He then attended Rice University, studying architecture and business, and paid his way through school by working in the oil fields in Texas and Oklahoma over his summers. Joel was part of ROTC and after college served as an Officer in the U.S. Army, stationed in France. Back stateside, Joel got his MBA at Harvard Business School and then moved to New York City. He spent the first part of his career on Wall Street as a securities analyst. In 1986 he founded Strategic Insight and over the subsequent 23 years built it into a highly regarded and trusted source of business intelligence and perspective for the Mutual Fund industry. He sold the company in 2009 and retired to a life of travel and exploration, with a focus on healing people around the world, including spending 2 years in Byron Bay, Australia.

Joel was a self-made man who was known as an original thinker in all aspects of his life. He had an intense curiosity and a fearless willingness to challenge conventional wisdom that translated into a unique and ever-expanding world view. He was intensely passionate about healthy food, natural medicine, and healthy living and spent much of his life seeking out new and alternative practices. He was both a student and teacher in this regard, and was known for his commitment and generosity toward others in need of help. He truly wanted to heal the world, and directly touched the lives of anyone open to his hard won wisdom. He was also a patron of the arts, supporting local artists as well as cultivating his passion for art as a Trustee of the Museum of Arts and Design in New York City, where he was involved in the move to its now iconic home at Columbus Circle.

Joel was a fantastic and committed father who will always be deeply loved by his children. He was as caring as he was inspiring. He cultivated within his children great motivation while always making them feel supported and accepted. He was a wonderful teacher and a life-long guide to his family, all while being their cherished father and friend.

Joel was loved and respected by many and will be forever missed by all who knew and cared for him throughout his life. He is survived by his son Michael and daughter-in-law Tina, his son Daniel and daughter-in-law Avery, and his daughter Rebecca, as well as three grandchildren Julia, Mirabelle and Dylan, and his three sisters Leah, Deborah and Tamar.

A memorial service and celebration of Joel’s life will be held at 11 a.m. on Saturday April 16th at the Hoyt Funeral Home in New Canaan.

In lieu of flowers the family requests that donations be made in Joel’s memory to the Stone Barns Center, a place where he loved to take his family and whose goal of creating a healthy and sustainable food system he deeply shared. Donations can be made in his name via the web link or by calling (914) 336-6200 x133.