The Board of Selectmen are scheduled to vote Tuesday on the appointment of the first-ever woman to the New Canaan Police Commission. 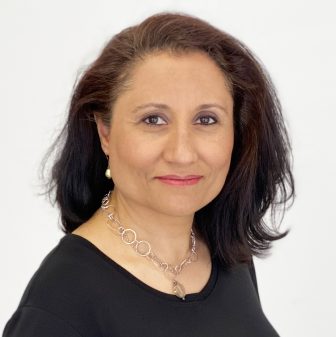 Shekaiba Bennett is a 16-year resident of the town who has served on the Historic District Commission, Democratic Town Committee, board of the Interfaith Council and New Canaan Library Art and Stoddard Art Committees and is co- chair of the United Nations Committee of New Canaan.

Nominated to the selectmen through the DTC, Bennett said she was “deeply honored that I am given this opportunity to serve this town that I love.”

Asked why she pursued a nomination to the Police Commission specifically, she said, “I feel like it’s one of the commissions where you learn a lot about the town and what is going on. My history in the past 16 yrs of being in this town has always been getting involved in things that I can getter understand how the town operates, and I feel like this Commission is one of those that I, as a citizen of this town, can give back to the community.”

A professional documentary photographer and art educator who works as photography teacher at Greenwich High School, she also will be the first woman to serve on the three-member appointed body, officials say. Her nomination comes about 18 months after lifelong New Canaanite Beth Jones became the first woman appointed to the Fire Commission. At that time, Selectman Nick Williams said he wanted to see more women serving on town bodies traditionally occupied by men.

Asked for his thoughts on Bennett’s nomination to the Police Commission, Williams said, “My views haven’t changed.”

“As I said back then, it of critical importance, I think, that we put women into positions that have been traditionally bastions of ‘maledom,’ if you will,” he continued. “It’s just good for the town. It’s the right thing to do and you get a different viewpoint. And you also expand the number of people by bringing women onto traditionally quote-unquote ‘male’ types of commissions and boards. You expand the universe of candidates greatly and I think that’s a good thing for the town of New Canaan. As the husband of a wife and a father of daughter and the son of a mother, I speak from firsthand experience.. And it’s exciting. I’m delighted that we have been able to achieve this in a pretty short amount of time and I think, frankly, we have been lucky in part that the timing worked out.”

Bennett is to fill the unexpired term of Sperry DeCew, who resigned earlier this year. The term runs through Dec. 1, 2021. She will join Chair Paul Foley and Secretary Jim McLaughlin, both Republicans.

Under the Town Charter, the Police Commission is charged to “manage and supervise the police force of the Town” and its responsibilities include appointing a chief of police, recommending changes in officers’ rank and pay, and removing, suspending or fining any officers found to have violated the department’s rules. It is also the “local traffic authority” for the town of New Canaan, under the state’s definition, overseeing on-street parking among other responsibilities.

Asked what she is most looking forward to about serving on the Commission, Bennett said meeting her fellow commissioners, getting to know the police “and also just learning more about town and how I can best serve this town that I love that I live in.”

“I am raising my children here and my husband has a long history of living here,” she said.

She is married to Derek Bennet, a 1986 New Canaan High School graduate, and they have two sons, a fifth-grader at Saxe Middle School and NCHS junior.

A native of Afghanistan, Shekaiba Bennet emigrated to the United States when she was 10 and grew up on Long Island. She earned a bachelor’s degree in Visual Arts and American Studies from the State University of New York and a master’s degree in art eudcation from Columbia University’s Teachers College.

Asked for her thoughts on becoming what officials say would be the first woman to serve on the Police Commission, she said, “Like I said I am deeply honored, but also I think it’s very important to have women in positions where they give back to the community and also definitely at a position where they can bring about change, especially if there are any policy decisions to be made.”

“It is very important to have women’s voices be able to be heard on all of our town commissions,” she said.