My wife Joan and I have lived in this extraordinary town of New Canaan for 50 years. I am, like my father before me, a dedicated birder. I guess you could say I was born a birder, since my very earliest memory was my dad entering the bedroom I shared with my older brother, whispering in my ear at 5:15 a.m. on a lovely spring morning saying, “Come on Philly, wake up, the day’s a wasting, and you and I are going birding.” Off we would go, me perched high up on his shoulders, into the woods that surrounded our neighborhood. 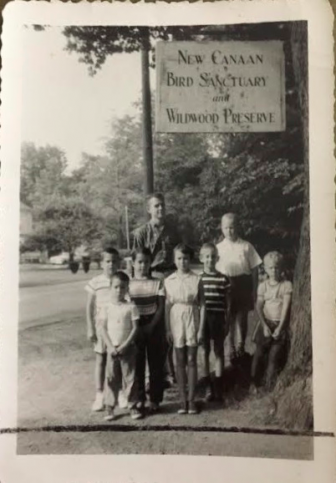 The instructions were always the same and quite simple—no whining, we are going to have fun today, no noise, just look and listen as I point out all the magnificent birds of the forest. All the songbirds and yes, their predators too, the hawks and owls and other birds of prey. He would suddenly stop—pull on my right leg and and whisper, “Listen up: that’s a Rose Breasted Grosbeak and over there is a Veery.” Then a pull on the left leg as he excitedly exclaimed, “Oh, there’s a Wood Thrush and look at that Pileated Woodpecker!”

From these earliest experiences you can see that I became hooked on birding. I can honestly say, with the exception of my family, nothing has given me more enjoyment in my lifetime then observing and listening to our birdlife. But I am greatly concerned that the younger generations that follow will never experience my joy. 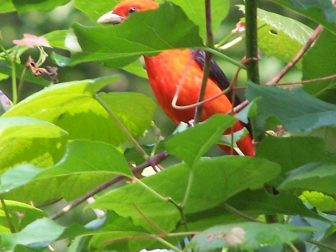 We have built the finest athletic fields in the nation and spend countless hours training youth in games their bodies will be unable to play when they are my age. Our town fathers of many years ago did not intend for that to happen. In fact, did you know in 1916 a dedicated group of New Canaan naturalists were so appalled by the wholesale slaughter of migratory songbirds for their brightly colored feathers to be used as decoration in women’s hats that they formed the New Canaan Bird Protective Society and shortly thereafter established one of the oldest private songbird sanctuaries in the nation—today known as the 17-acre “Helen & Alice Bristow Bird Sanctuary and Wildwood Preserve,” adjoining Mead Park and the railroad tracks. 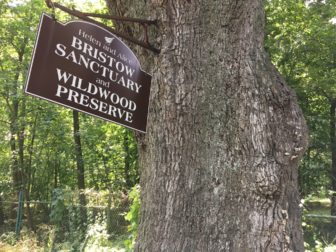 I was totally unaware that Bristow Sanctuary, truly one of New Canaan’s hidden treasures, played such an important role in the development of the North American Bird Movement more than 100 years ago. The Bird Protective Society eventually grew to more than 350 active members and the Preserve became so popular that in 1930 a warden was employed for more than 35 years to supervise the grounds, install fencing, maintain bird habitat, layout trails and educate visitors. There was even a Sanctuary House that served as a headquarters and meeting space for a local Boy Scouts troop. In time the Society managed an annual Christmas Bird count, awarded scholarships to local teachers to attend Audubon camps, maintained bird feeders, and counted thousands of visitors each year. 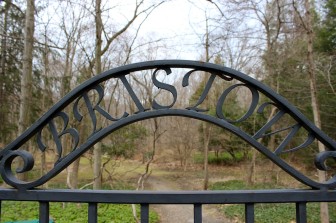 Today, Bristow is a shadow of its former self. Each year, every spring, Bristow still attracts hundreds of various birds as they battle their way north on their annual migration—many dropping down for the food, water and rest the sanctuary provides. Some stay for the season, nesting and enjoying the native habitat. After touring the grounds, Patrick Comins, director of bird conservation for Connecticut Audubon wrote” “This is a special site deserving increased protection and stewardship.” Comins spoke of an earlier time when more than 100 different birds were recorded in a bird count and observed that one can imagine the signifiant potential the sanctuary has today as a protected stronghold for common and threatened birds.

As a senior citizen who has had exposure to our towns parks and Land Trust preserves I can only hope that the current trend away from birding and the Bristow Preserve by parents and their children is temporary, and that the extraordinary bird and wildlife they contain will again become an attraction to the young and old of New Canaan.