Saying demand for retail space in downtown New Canaan is low, the owner of a commercial building on South Avenue is seeking permission to convert its second-floor back into an apartment. 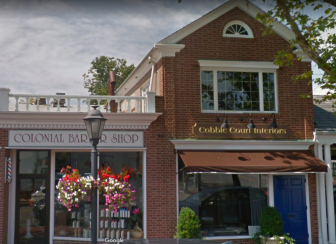 For years, the use of both floors at 13 South Ave. has been retail, according to a site plan and Special Permit application filed with Planning & Zoning on behalf of the property owner by Milo Ceci of Greenwich-based MLC Development LLC.

“Their lease ended as of January 2021. Because of this as well as the low demand of retail units in New Canaan, the owner would like to convert the second floor into a one bedroom apartment and the first floor will remain retail. This unit was originally a residential condominium. In fact, there were numerous residential permits pulled on town record up until the year 2000.”

The Planning & Zoning Commission is expected to take up the application at its regular meeting Tuesday.

Listed in tax records as 15 South Ave., the property is owned by a limited liability company, according to its assessor field card. State records show that the principal of that LLC is an Easton man.

Located in the Retail A zone, the 1953-built, two-story building includes 2,368 square feet. Ceci is seeking to create a 745-square-foot one-bedroom, 1.5-bath apartment on the second floor, while the first floor remains retail, according to the application.

“The Special Permit criteria are addressed by providing an architectural plan demonstrating the change in floor plan to both the 1st and 2nd floor,” the application said. “A survey of the property as well as Certificates of Mailing are also provided. A variance is not needed as the proposed plan complies with Retail A regulations, which includes the acceptance of second-floor residential with max of one bedroom and 750 square feet.”