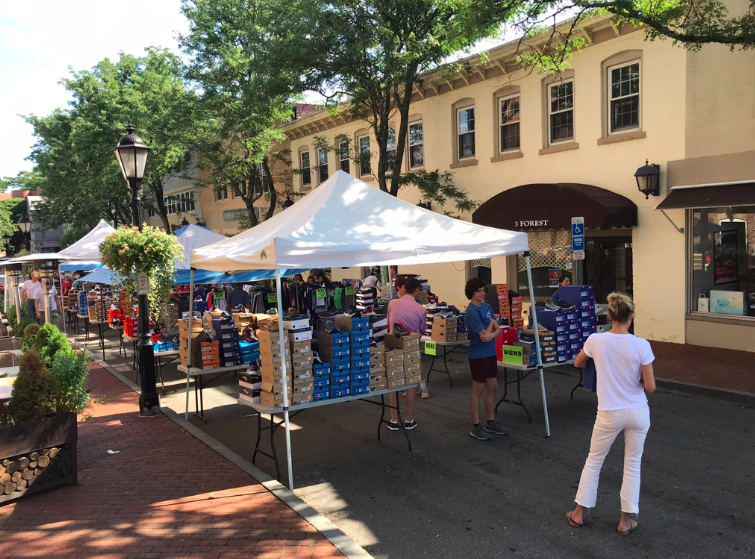 Held on pedestrian-only stretches of Elm and Forest Streets, shoppers hit the downtown early as temperatures were expected to soar into the mid-90s amid a sustained heat wave in the region.

“The street is full of all sorts of great merchants and organizations,” Chamber Executive Director Laura Budd said amid the crowds near Elm and Park Streets where two food trucks kept visitors fed. “It feels like a classic New Canaan summer day and we’re really excited to see all the people down here despite the heat. There’s a nice breeze coming down Elm Street so we feel pretty lucky.”

Nonprofit organizations, including Wildlife In Crisis, Staying Put in New Canaan and local party committees, set up booths alongside retailers and service businesses in curbside tents, many of them passing out water to downtown visitors.

Doug Stewart of Walter Stewart’s Market said the morning was “going well” at the iconic New Canaan store’s farmstand at Elm and Park.

“People are trying to beat the heat, get ahead of it,” Stewart told NewCanaanite.com. “We have a nice farm stand going with fresh local Connecticut produce from the best farms. Sadie and Arlen are working the farm stand and we have Rock Paper Scissors events doing a nice promotion, you get to spin the wheel and do a scavenger hunt so come on by.”