Police on Wednesday morning arrested a 20-year-old Norwalk man by warrant in connection with a widely discussed incident in Waveny last month, when he made a lewd advance on a teenage woman running alone there. 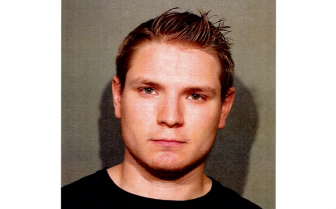 At about 5:40 p.m. on Oct. 31 (a Tuesday), Andrew Christopher Pacicca of Chipmunk Lane approached the 17-year-old, tapped her on the shoulder and started running alongside her, according to a police report.

He “grabbed her shoulder to stop her from running,” according to the report, released by New Canaan Police Lt. Jason Ferraro, the department’s public information officer.

According to the report, Pacicca then asked, “Will you have sex with me for $2,000? How much do I have to give you? I’m really frustrated.”

The woman immediately ran away and reported the incident to New Canaan Police, who released what information they had. Paccica read in a local news article that police were looking for him, the report said, and went to NCPD headquarters to provide a statement.

He identified himself as the man who had approached the female runner at Waveny and said he was a sex addict, according to police.

Police obtained a warrant and at about 11:06 on Nov. 22, Pacicca turned himself in on a misdemeanor charge of disorderly conduct.

He was released on $5,000 bond and scheduled to appear Dec. 6 in state Superior Court in Norwalk.