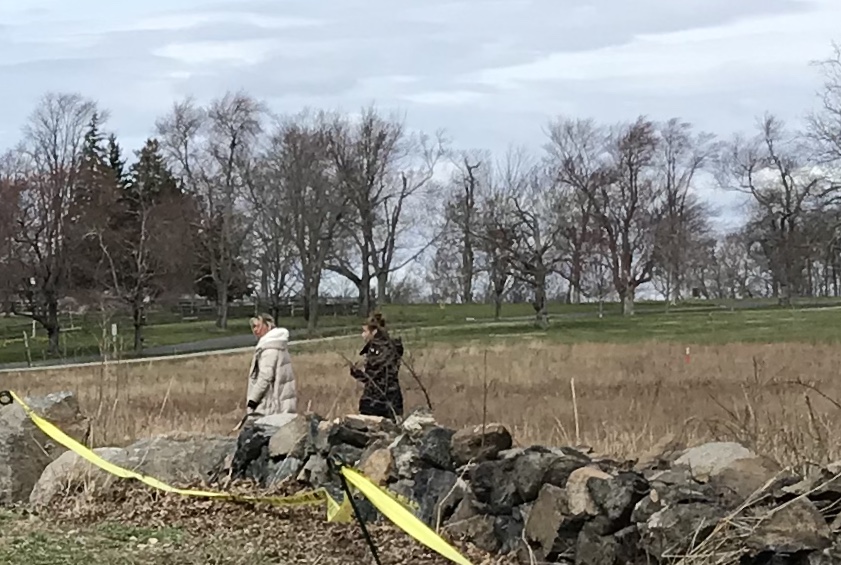 New Canaan's parks are closed, with entrances blocked by sawhorses and police tape. Not everyone is observing the restriction. Here's Waveny on April 2. Credit: Michael Dinan

New Canaan Police will only bring fines or charges against those violating an order to stay out of the town’s public parks as a last resort, according to Police Chief Leon Krolikowski.

According to an opinion from the town attorney, those violating formal orders issued during a public health emergency risk per-offense charges of $1,000 and a year in jail. Citing a desire to reduce transmission of COVID-19, First Selectman Kevin Moynihan on March 30 ordered New Canaan parks closed to the public through April 30.

Since then, New Canaan Police have received complaints about people walking past yellow police tape or other barriers at park entrances, though those have subsided, according to Krolikowski. Ticketing violators or bringing charges that range from infraction- to felony-level, under state law, would be “an absolute last resort,” Krolikowski said.

“We have no desire to conduct any enforcement or to levy fines or arrests against people,” the chief said when asked about enforcement of the order. “As part of our normal patrols, officers are checking the parks and compliance has been good.”

He added, “We would warn people multiple times before any enforcement. We are hopeful people realize that this is literally a life-or-death matter and that they do not want to do anything to harm others. The first selectmen used good judgment in closing the parks for the safety of the town and that is what people should obey. If somebody thinks they’re special and that they can violate the order and walk into our parks, they shouldn’t, because it is for the safety of everyone.”

New Canaan as of Monday night had 91 confirmed cases of COVID-19 and 10 deaths, according to Emergency Management Director Mike Handler.

“The safest place remains to be at home, period,” he said in his town-wide call.