[Editor’s Note: The following has been prepared in advance of the “Forum on Public Buildings.”]

The Mead Park Brick Barn is located at 64 Richmond Hill Road. In 2010 it was listed on the CT Register of Historic Places, a designation which qualifies it for CT Trust, state, federal and foundation grants for its structural assessment, repair and restoration.

In 1901 Benjamin Mead of New Canaan and James Mead of Greenwich sold a lot situated near “Dismal Swamp” on Richmond Hill Road near Grove Street to Standard Oil Company of New York for $300 where Standard Oil then built a kerosene depot complex of brick structures which were later documented in a 1927 Sanborn map. One of the structures was a carriage barn with stalls for horses, grain and tack, a center passageway for a kerosene delivery wagon and a hayloft above. Standard Oil shipped kerosene by rail from its refineries to bulk stations like its complex in New Canaan and then sold and delivered it locally by horse-drawn tank wagons to stores, farms, estates and commercial sites. Today, the Mead Park Brick Barn is the last remaining structure of that early Standard Oil industrial park and perhaps the last of its type in the State of Connecticut and among the few remaining in the nation.

In 1915 the twenty four acres surrounding the Standard Oil complex was sold to the Town of New Canaan by Mead. And in 1933 the Town purchased from Standard Oil for $2000 the land and industrial complex of buildings which included the Brick Barn. As has been noted by many, the Brick Barn’s usage by Newcanaanites has been extraordinarily rich. From the 1930’s on, it was space by schools and civic groups: a WWII’s sewing group, several veteran’s groups, a changing space for school football teams, and used by musical groups such as the Town Band. More recently, for at least the past two decades and still, the complex has been a town garage and storage facility of the DPW. And over the last decade as the Town considered demolition, many community-focused New Canaan not-for-profits, small businesses and individuals have expressed keen interest in occupying this building which would further extend its rich usage history.

An independent industrial archeologist working throughout Connecticut for over thirty-five years noted, “I have never come across a ca.1900 oil delivery facility. The building is just the kind of simple structure that I try to call attention to when I do historic surveys.  They are so often overlooked, and yet played a role in the everyday life of their communities.” In a letter written in 2010 by Richard O’Connor Ph.D., United States Department of Interior, he stated “There are strong utilitarian arguments for preserving and reusing historic industrial structures such as this brick building. Generation after generation of New Canaan residents and officials found important uses for the building. They were able to do so because those who preceded them left the building standing and in reasonably good repair.” He goes on to say “You have a beautifully-designed, well-built, utilitarian structure that can provide new Canaan residents many years of use and an important and ever more rare connection to the Town’s and country’s past. I encourage you to consider the kerosene depot building an opportunity, rather than an obstacle, to preserving both a piece of New Canaan’s history and providing future generations with a useful, well-built structure.”

An example of how a town was able to utilize a former industrial space is the oldest firehouse in Roxbury, Mass. pictured below. In this case several not-for-profits entered into long-term leases with the City of Boston and invested grant funds, private funds, and money from the City of Boston to restore the structure for its present use as office space for two not-for-profits. Prior to this investment it was in serious disrepair and unnoticed by the community. Following project completion it became a landmark and loved by the community. Like the Mead Park Brick Barn it is located in a public space. 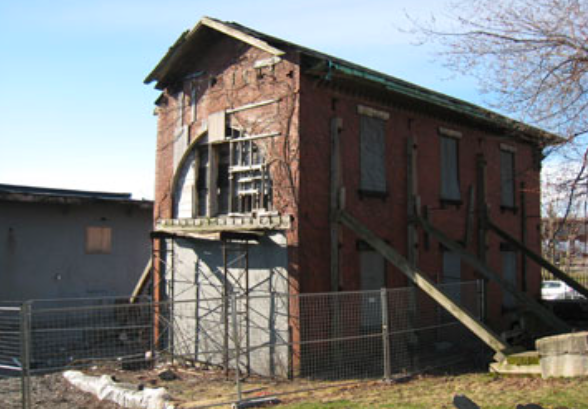 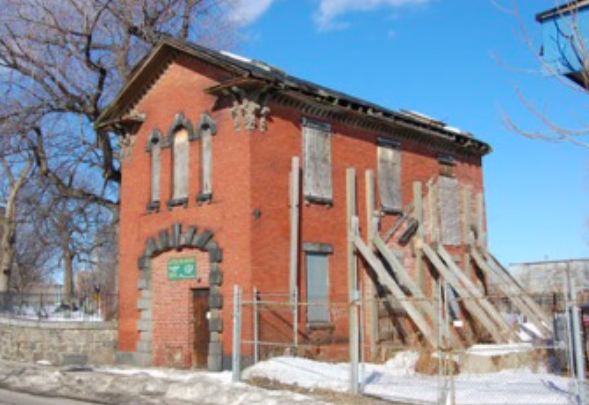 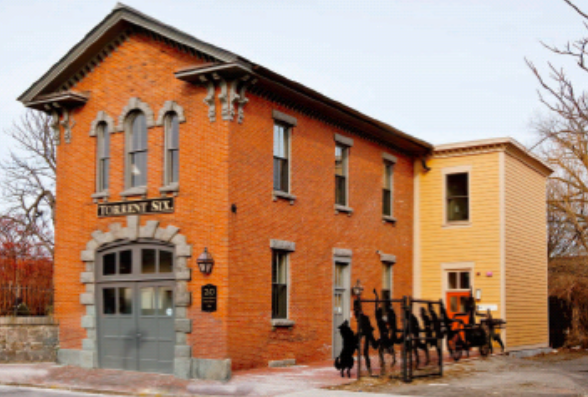