Though in Connecticut, possession of less than .5 ounces of marijuana is now an infraction offense—on a level, in the eyes of the law, with speeding or allowing a dog to roam—paying for that ticket and pleading guilty will create a record for the violator.

That record could leave a lasting mark on a person, and many parents and kids don’t understand that, according to a local attorney who next week is hosting an informational session on the topic at New Canaan Library. 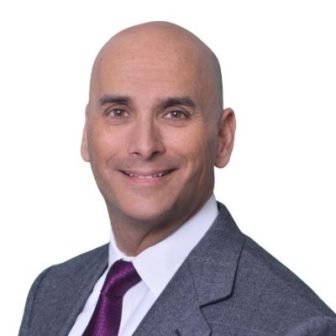 Matthew M. Maddox, a parent and trial attorney who helped found Ram Council—a substance-free group of New Canaan High School students—is hosting “Weed and the Next Station to Heaven: Law and Social Policy” at 7 p.m. on Wednesday, May 18.

Ahead of the event, we put some questions to Maddox about his singular vantage point on the topic.

New Canaanite: As a New Canaan resident and parent who works as a trial attorney, you have a unique perspective on the use of marijuana in town. Talk to us about what you’re seeing, especially as it pertains to marijuana offenses among younger people.

Maddox: I think that it’s less about the offenses themselves than the thinking and attitudes that have become more common, especially since the 2011 change in the law that made possession of less than a half ounce of marijuana an infraction rather than a crime. Concern about possession of marijuana and the paraphernalia that go along with it has decreased among younger people and even their parents.

Your talk at New Canaan Library on May 18 bills itself as an informative talk that will help attendees understand the law and social policy surrounding marijuana. What’s the most common misperception among local people vis-à-vis marijuana?

There are so many misconceptions about marijuana that it’s hard to choose just one. In the purely legal category, it’s probably the assumption that a guilty plea by mail to possession of less than a half ounce of marijuana isn’t a big deal—that it won’t leave a mark. Adolescents and their parents are commonly sending in these guilty pleas and don’t realize that the plea creates a record. In the chemical dependency category, there’s a common belief that marijuana isn’t addictive; that it’s not habit-forming or a health-risk. This second category really requires education and some understanding of a very complex topic. Misconceptions and the tendency to oversimplify are what led me to want to speak about marijuana. There’s a massive number of reports and studies about marijuana, pro and con. The point of our dialogue is to encourage people to inform themselves and use their common sense.

I’ve heard you talk about the concept of a “social gateway.” What is that?

One of the questions that is still a subject of intense debate when it comes to marijuana is whether it’s a “gateway drug.” In other words, is smoking marijuana more likely to make a person, especially a younger person, try other drugs? The gateway theory includes chemical, biological and other considerations. But the idea of a gateway can also be more simple. People, especially adolescents, socialize around all kind of activities, likes and dislikes, and habits. When smoking marijuana is one of the things that your group of friends does and “bonds” over, what happens when a group member introduces a pill or another drug? If the group of friends that you hang with smokes marijuana, does it also get together to study for AP exams? Social gateway theory says two things. First, the group that smokes weed is a higher-risk group to begin with—read, doesn’t get together to study for AP exams. And that when one of the marijuana–bonded group members gets their hands on a pill or other drug, it’s a very easy progression to move on to the new drug.