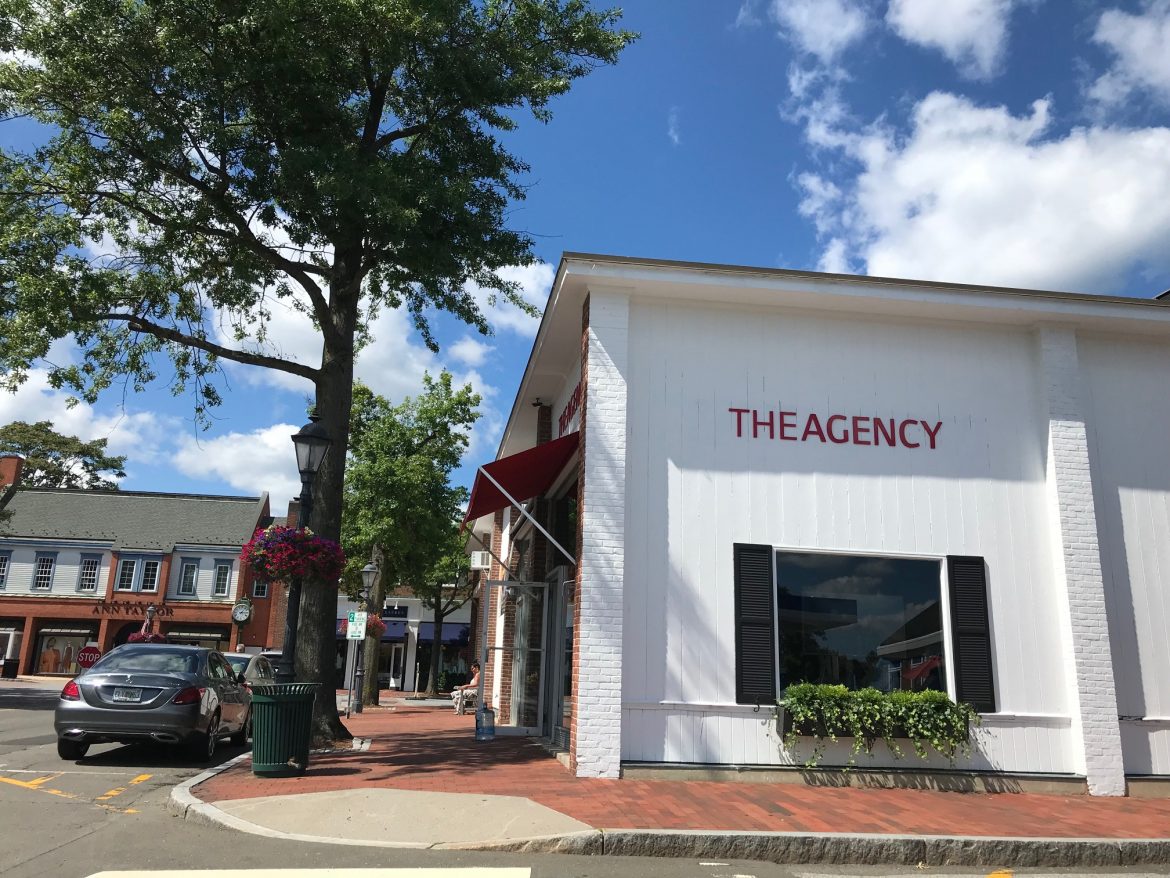 The former “Pop-Up Park” downtown will reappear for a few hours at the end of this month to celebrate the launch of a new real estate brokerage in New Canaan.

The Aug. 31 ribbon-cutting at The Agency will feature appearances by its founder, Mauricio Umanski, and his wife, Kyle Richards, of “Million Dollar Listing” and “The Real Housewives of Beverly Hills,” respectively, among other reality TV shows, officials say.

“There’s going to be a good amount of camera crews, from Bravo TV, Netflix,” The Agency’s managing partner, Cliff Smith, told members of the Police Commission at their July 26 meeting, held via videoconference.

“We would just like to see if we could just shut down that one section to have a great, fun event, bring awareness to the community, and like I said, we have invited all the shop owners that we have become friendly with since we started,” Smith said. “And I think it will just be a very controlled, fun event.”

The comments came as part of a request to close the first block of South Avenue, between Elm Street and Morse Court, from 4 to 9 p.m. for The Agency’s ribbon-cutting, which will be held 5 to 8 p.m., Smith said. The brokerage is located in the former Realty Guild space at 6 South Ave.

“We have just been so happy with the community’s acceptance of us and it is going so well,” he said. “What we are proposing is our grand opening and ribbon-cutting.”

Smith said, “We will have good amount of people there and I think it will be a good event. We have invited all shop owners, all local owners along all of Elm, all of South. We have invited the community itself. We have handed out a number of invitations. And we are going to be having founder Mauricio Umanski who is from Beverly Hills—that’s where the agency is based. And they have a number of locations out there. They are expanding across the country and we are the first to be out here. So but he is going to travel over here. Wouldn’t expect you to know this, but he is on ‘Million Dollar Listing.’ His wife is Kyle Richards. She is on ‘Beverly Hills Housewives.’ She is going to be coming.”

Foley asked DiFederico if just the sidewalk or sidewalk-plus-parking-spots along the east side of South Avenue should be closed off, rather than the full Pop-Up Park square.

DiFederico said, “I think for that amount of people we should just close it off for the Pop Up Park just so that we don’t have any issued with traffic going by and people spilling into the road.”

The deputy chief recommended hiring one officer to help manage the crowd. Smith agreed to that.

The Agency’s event will mark the second time this summer that New Canaan has drawn film crews to the downtown. In June, Netflix filmed a Christmas movie out front of Town Hall overnight, temporarily closing part of the road.