Elm Street jeweler Henry C. Reid & Son is slated to close, according to signs posted throughout the store, though its long-established and popular Fairfield shop will continue to operate. 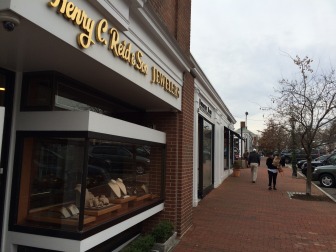 Signs posted inside the bustling New Canaan store on Tuesday afternoon indicated that an owner was retiring.

“Must be liquidated,” “Must be sold” and “Retirement sale” signs are hanging from the ceiling of the diamonds and fine jewelry purveyor.

It isn’t clear just when the store will close. Representatives from Henry C. Reid & Son could not be reached for comment.

Told of the impending closure and asked for her thoughts on it, New Canaan Chamber of Commerce Executive Director Tucker Murphy said she was sorry to see Henry C. Reid & Son go “as they were always supporting the many community requests they received over their 14 years there.”

“Wish them all the best in their Fairfield store,” Murphy said.

More than 100 years old, the business started out of Bridgeport and opened its Fairfield location in 1975, the Henry C. Reid & Son website says.

“New Canaan store only” is printed on one sign inside the Elm Street shop, as well as “Multi-million dollar inventory.”