Robert Gordon Mosley, age 81, of Danbury passed peacefully on Sunday July 10, 2016 at Regional Hospice and Home Care. He was the husband of the late Margaret Anne (Hughes) Mosley. 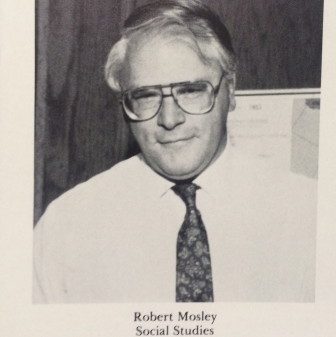 Mosley was a popular Social Studies teacher at NCHS for more than 30 years. Credit: Contributed

He was born in Portland, Maine on February 19, 1935, a son of the late Philip G. and Sigrid (Simonsen) Mosley. At 18, he joined the Marine Corps, proudly serving in the Korean War. He was a Life Member of the First Marine Division Association; a member of the Danbury Area Korean War Veterans and the Catholic War Veterans. Mr. Mosley came by his Patriotism naturally as he was a direct descendent of Charles Henry Howard, ADC to Major General Oliver Otis Howard US Army, 11th Corp Commander at Gettysburg. He was an active educator of the Civil War Era. He proudly celebrated Memorial Day annually and spoke with the students for many years at Huckleberry Hill Elementary School in Brookfield. 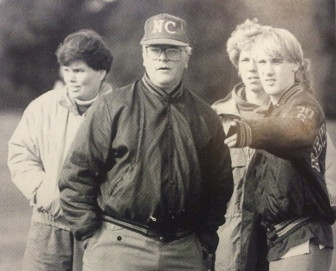 After his discharge, he pursued his education, graduating from the University of Maine with a BA and MS in Education. He went on to earn his 6th year-CAS from Fairfield University. He began his teaching career in Cape Elizabeth HS, Maine. He and his beloved wife, Margaret Anne, moved to New Canaan in 1964 and he continued his career in New Canaan. Over the years he taught Advanced Placement and regular US History, World History, European, Japanese and Chinese History and Civics. He was a Past President of the New Canaan Education Association; on the Board of Directors for CEA, and was a Connecticut State Education Mentor. 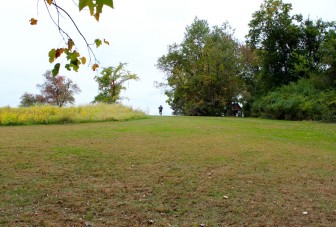 Robert was passionate about high school sports and passed along his enthusiasm while coaching cross country, track and field, and by officiating high school football and track and field events . He coached over 3000 athletes, several collegiate All-Americans and team captains and one Olympic racer. He was named coach of the year in 1978, 1996, 1997 and 1998. The Town of New Canaan is in the process of honoring Robert by creating a landmark which will be named “Mosley Hill.”

Most of all, he enjoyed being a father and grandfather, he will be greatly missed by family and friends.

He is survived by two children: Scott Mosley of Danbury and Robyn Keffer and her husband, Philip of Brookfield; 2 grandchildren: Alexandra and Samuel Keffer; and a brother: Major Donald H. Mosley USMC and his wife, Evelyn, of Yuma, AZ and several nieces and cousins in Maine.

A Mass of Christian Burial will be celebrated on Saturday, July 16 , 2016 at 10:00AM at St. Gregory the Great Church, Danbury. Interment will follow in St. Peter Cemetery. The family will receive friends on Friday, July 15 from 4:00 until 8:00PM at the Cornell Memorial Home, 247 White St., Danbury.

To Light a Candle of Hope and Remembrance, please visit cornellmemorial.com.

[This obituary appeared on Legacy.com.]