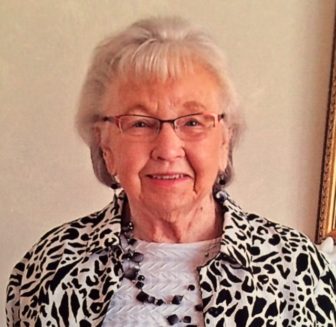 Born Sept. 25, 1927 in Mt. Kisco, N.Y. to the late Herbert and Francesca (Ruckerl) Batterson, Ruth moved to New Canaan as a child and graduated from New Canaan High School in 1945.

Except for living in Spring Hill, Fla. for several years, she lived in New Canaan most of her life. She worked as a receptionist in the office of Dr. Charles Crown for many years.

Funeral services for Ruth will be private. There will be no calling hours.