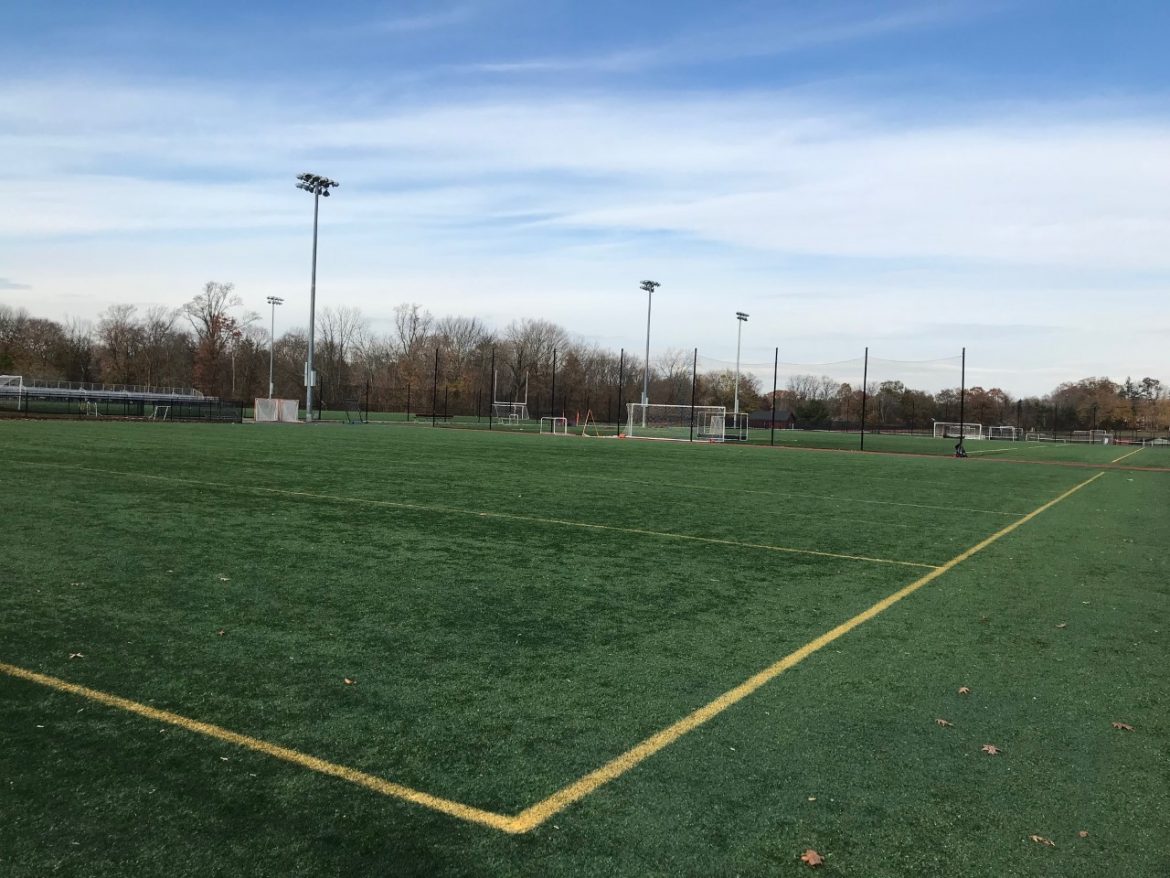 Town officials this week approved two expenditures designed to help with the upkeep of artificial turf fields in New Canaan.

The Board of Selectmen during its regular meeting Tuesday voted 3-0 for a contract with Harwinton-based Championship Turf Surfaces ($13,800) for cleaning, grooming and maintaining Dunning Field and the two new playing fields by the Waveny water tower.

First Selectman Kevin Moynihan and Selectmen Kathleen Corbet and Nick Williams in the same vote approved a request from the Department of Public Works to purchase 20,000 pounds of crumb rubber infill for fields maintenance work.

“It makes a much safer playing surface for the users,” DPW Parks Superintendent John Howe told the selectmen during the meeting, held via videoconference.

“They will de-compact the infill, they will rotary-brush it, vacuum it, static=brush it—which just means one that’s not moving— and use a magnetic broom which we do not have, to help in case there are some metal particles out there,” he said. “That’s not as important for us as a lot of places because we do not use ground-up tires.”

The crumb rubber that New Canaan purchases and uses for its turf fields is “virgin rubber,” Howe said, that hasn’t been used in the past for something else.

Part of maintaining the turf fields is keeping them at the proper height for play, he said.

The DPW prefers to purchase the material itself “because then we have compete control of what we are purchasing,” Howe said.

“The crumb rubber, per se, there’s a lot of questions on what is nice and what’s not nice out there, meaning ground-up tires and that type of stuff,” he said. “We want to keep our fields with the proper material down.”

Public Works has money in its budget this fiscal year for the turf fields work because New Canaan had a mild winter and funds tagged for other outside contractors went unspent, officials said.

The selectmen asked whether New Canaan would normally do the deep-clean fields maintenance work annually (no, it’s recommended every three to five years) and whether the smaller turf field at New Canaan High School will get the same treatment (no, it doesn’t get used as much though at some point it will).

Howe also said the town does its own “hand top dressing” of the little league infields at Mead Park, and at some point in the future should get the same special maintenance.