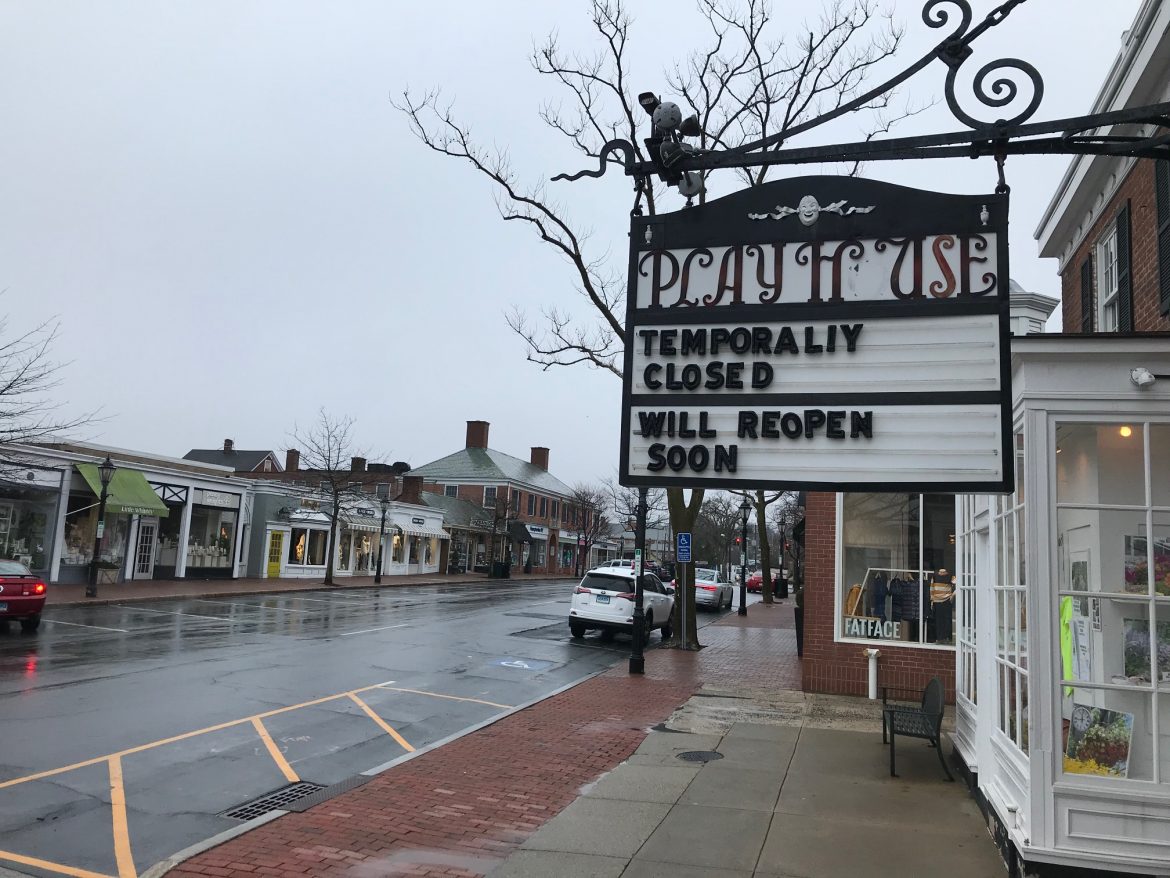 Parallel parking is to be eliminated on the northern side of Elm Street's one-way stretch. Credit: Michael Dinan

Officials decided Tuesday to defer the next three months’ rent for a handful of local businesses and nonprofit organizations that rent space in town-owned buildings.

First Selectman Kevin Moynihan said he wanted to propose a 90-day moratorium of rent, inclusive of May, June and July, “to show that the town wants to help our downtown merchants and our nonprofits, especially.”

Noting that businesses such as Bow Tie Cinemas, which rents space from the town-owned Playhouse on Elm Street, have been forced to close, Moynihan told fellow members of the Board of Selectmen, “We ought to be generous.”

“They have no revenues, they are closed,” he said during the Board’s regular meeting, held via videoconference. “And it’s not quite fair to be charging rent in a time of crisis. We want these tenants to be in business four months or six months from now. So we are going to give up some modest amounts of revenue.  But I think it’s the right thing to do and, also, I’d like to show our community landlords that they need to perhaps look at giving some moratorium relief to their tenants. Because we want to preserve our merchants and nonprofits in town and anything that can be done to help, consistent with their obligations, they ought to try and do as well.”

Selectmen Kit Devereaux and Nick Williams joined Moynihan in voting in favor of the deferral.

According to a document obtained by NewCanaanite.com through a public records request, the rentals include New Canaan CARES ($612 monthly), Earth Garden ($2,500), Chamber of Commerce ($612), Bow Tie Cinemas ($4,167), New England Academy of Dance ($2,924) and Time To Shine ($300), a small business that operates out of the train station.

Devereaux said, “I think t’s the right thing to do, there is a lot of pain out there and anything we can do to help is what we should be doing.”

Asked by Williams for clarification on whether the measure amounted to a rent deferral rather than an abatement, Moynihan said that he wasn’t recommending that the town waive the rent entirely.

“We will discuss it in 90 days and see,” Moynihan said. “Chances are we will probably defer it further, but I don’t want to say we are necessarily ‘waiving’ rent,,” he said. “A moratorium just means you will wait until the situation changes and then you will discuss it… I think a moratorium is sending right message and private landlords may very well want to do a moratorium and work out things in the future.”

Moynihan said he’d discussed the proposal with the town attorney.

Wiliams said, “I am completely supportive of this and I think the message it sends is as important, if not more important, than the money issue.”