Kat Munson sat on the edge of Waveny Pool on a sunny afternoon Monday, remembering her friend Kelly Devine to more than two dozen high school swimmers from New Canaan and Norwalk who gathered round in the water. 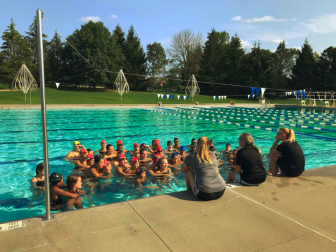 L-R: Kat Munson, Pam Raila and Katie Colwell talk to New Canaan and Norwalk High School swimmers prior to the fifth annual “Devine Dual,” an annual meet between the two schools held in honor and memory of Kelly Devine. The meet was held Sept. 13, 2021 at Waveny Pool. Credit: Michael Dinan

She’d met Devine, a fellow swim coach and New Canaan educator, through a summer swimming league, and when her friend died at age 36 five years ago following a brief illness, Munson and Norwalk High School swim coach Pam Raila “knew that we needed to do something to keep her memory alive, not just in terms of a being a swimmer and being a phenomenal student, which she was,” but also “just being this person that everyone felt they could go to.” 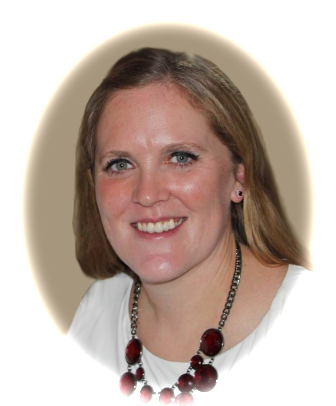 “She really was sunshine on any day, but particularly on a stormy day,” Munson said prior to the start of the fifth annual ‘Devine Dual’ between the two high school teams. “And what I love is how it’s not just about coming and swimming today but as you guys exchanged your ‘Buddy Bags’ earlier, we’re going to keep this buddy system going—it’s also about recognizing the importance of each other and celebrating each other’s victories and also being there to lift each other up whenever we’re faltering a little bit. Because that’s the kind of person that Kelly was. Kelly always thought about others. Service before self. And that’s a life she truly lived. A life that would be lived self-seeking would not have a legacy that would lead to a meet like this. So that is something that we want to keep in mind. You are your own sisterhood of swimmers and a sisterhood in general and it’s all about supporting and cheering each other on. And keeping her memory going by doing that, because that’s what she cared about more than anything.” 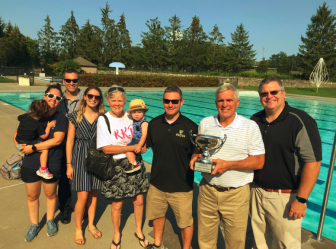 A member of Norwalk High’s class of 1997 and captain of the swim team there, Devine was a beloved Language Arts teacher at Saxe Middle School in New Canaan for 12 years who also taught at New Canaan High School as a reading specialist. Hundreds of people attended Devine’s funeral, and in December 2016 several colleagues in New Canaan Public Schools dedicated a bench at NCHS to her memory. There also are scholarships and awards set up in her name. Two of her brothers now are teachers in New Canaan, Dan (Saxe) and Kevin (NCHS). (The third brother, Rob, is a Trumbull High School teacher.)

The first Devine Dual meet was held in October 2016. The winning team wins the “Kelly Devine Cup” trophy, and a separate trophy goes to the swimmer who wins the 50-yard freestyle, an event that Devine herself had won as a senior in the Class LL state championship. 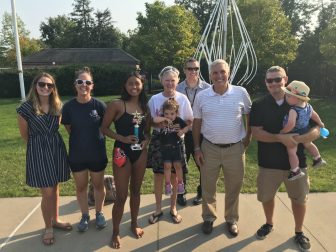 The winner of the 50 free in the 2021 Devine Dual meet was New Canaan’s Skylar Mascarinas. Photo courtesy of Kim Devine

Her father, Jay Devine, said the annual meet held in his daughter’s memory is “terrific.”

“They’ve had this five years now,” he said. “She’s been gone five years. People graduate and go away. The fact that they still have this and it’s as big as it is and as much fun, I think it’s terrific.”

The “buddy bags” to which Munson referred were exchanged between student-athletes on the Norwalk and New Canaan teams in order to bridge friendship between the towns where Devine spent much of her life. Several handmade posters were affixed around Waveny Pool, including some that included a favorite message of Devine—“Clear eyes, full hearts, can’t lose” from the movie “Friday Night Lights.” 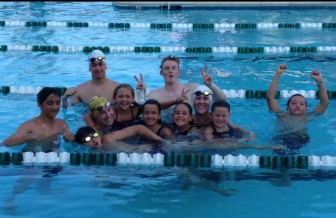 With Shore and Country swimmers after the Coaches Relay at the annual Nickname Relays. Kelly is in the white cap, right center. Photo courtesy of Kat Munson

Raila and New Canaan’s Katie Colwell, who had learned to swim under Devine at Norwalk’s Shore and Country Club, joined Munson in remembering their friend to the high school swimmers prior to the meet. Raila described Devine as a smart, mature and coachable athlete who was a nice person that, once met, you would “want to have in your life.” Colwell said she learned not only swimming but lasting lessons about sportsmanship from Devine. 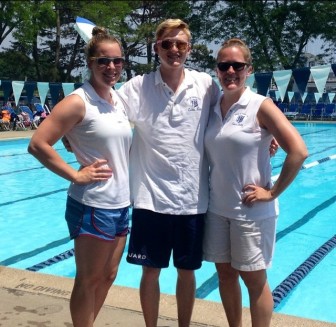 Devine’s mom, Cathy, talked about her daughter and shared a touching letter that she’d found left on Kelly’s gravestone, and also passed around a photo of Kelly.

NCHS Athletic Director Jay Egan’s own kids had been coached by Devine.

“I think there are so many people that had such strong feelings for Kelly because she was so giving of herself as a teacher and as a coach, and people just want to find a way to remember her on a yearly basis,” Egan said when asked about the special dual meet. “This is such a natural fit because of the swimming, and we have Waveny so we can do it outside. It’s like it has turned into a fun day when we can also remember Kelly.”

One thought on “‘Service Before Self’: Kelly Devine Remembered at Annual New Canaan-Norwalk Swim Meet”