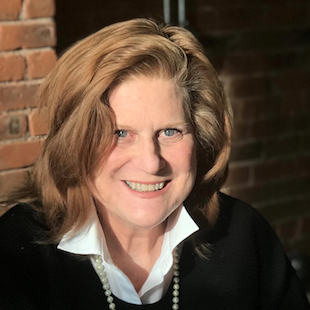 — an announcement from Franklin Street Works

Southall, who lives in Wilton, comes to the position from Westport Country Playhouse, where she was director of development. There, she cultivated a three-million dollar donation — the largest gift in the Playhouse’s history — which also served to launch its endowment fund. 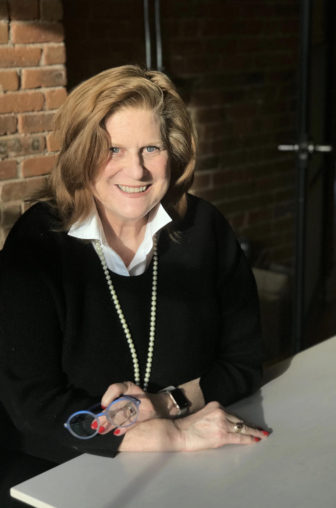 She was the frontline fundraiser responsible for 55 percent of the Playhouse’s five million dollar budget. Prior to that, during her tenure with the National Parks, her passion project was leading the charge to raise the necessary funds for the Stonewall Inn to become an official National Park.

“I am delighted that Carole Southall has joined Franklin Street Works as our executive director,” said Sharon Chrust, president of the Franklin Street Works Board of Trustees. “Carole’s dynamic personality, strong track record in fundraising, and passion for contemporary art and social issues, makes her uniquely qualified to grow our reputation and take us to the next level as a regional leader in the visual arts.”

Known for her creativity and strategic vision, Southall worked at several prestigious non-profits prior to the Playhouse, including the National Parks Conservation Association, UNICEF, and Lincoln Center Theater. In total, she has more than 30 years of development and cause-related marketing experience throughout the United States and Great Britain.

She has been successful in major gifts fundraising, innovative cause-related marketing programs, and other entrepreneurial endeavors, including a 15-year stint as president of her own eponymous firm, which created high-concept cause-related programs for corporations and charities.

Prior to her work in development Southall attended University of Washington in Seattle where, as an undergraduate, she studied printmaking with Jacob Lawrence and later entered their Museum Studies masters program.

“The curatorial rigor — specifically the work of Terri C. Smith — the creative director, is nationally acclaimed.  I’m really looking forward to deepening the engagement of people who already know and love Franklin Street as well as turning up the volume so that more people will know about our thought-provoking offerings.”

Franklin Street Works has an growing national reputation, receiving critical acclaim for its exhibitions and two major grants from The Andy Warhol Foundation, among other kudos.

“In our ninth year, we are poised to grow the scope and scale of our work in contemporary art,” said Creative Director Terri C. Smith. “Expanding our fiscal support is essential to expanding as an organization, and I’m thrilled to have someone with Carole’s proven fundraising experience on board to partner with our Board of Trustees, staff, volunteers, and me in advancing our mission.”

Carole Southall succeeds Bonnie Wattles, who helped Franklin Street Works achieve double digit audience growth, cultivate a strong and diverse base of funding, and significantly expand the role of the board during her tenure as executive director.

Since 2011, the organization has exhibited the work of more than 300 artists, curated 34 original exhibitions, and organized approximately 150 programs, including talks, tours, and performances. Their work has received national and regional support, including two multi-year grants from the Andy Warhol Foundation for the Visual Arts as well as regional grants from Fairfield County’s Community Foundation, Connecticut Office of the Arts, New Canaan Community Foundation, among others.

Franklin Street Works has an ADA compliant ramp to our back door on the first floor and is accessible from Franklin St. Once inside there is an elevator and bathrooms are spacious but do not have grab bars.