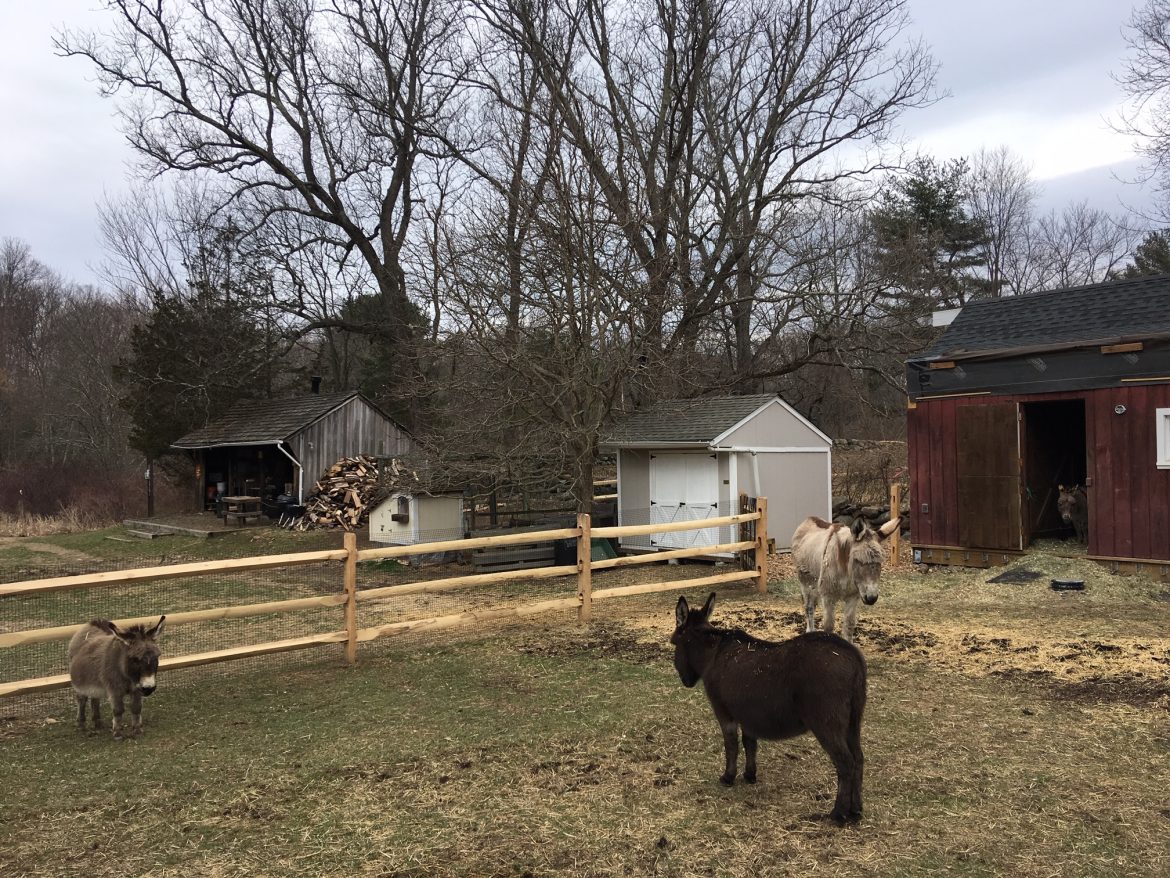 Bill Flynn, executive director of the New Canaan Nature Center, has watched these past five days as visitors to the beloved 13-acre property have gravitated toward a newly installed barn near its well-known “sugar shack.” 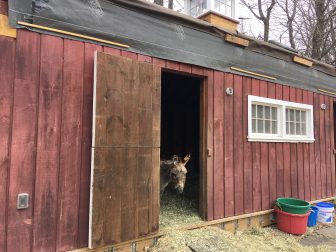 Tilly in her barn at the New Canaan Nature Center on March 25, 2019. Credit: Michael Dinan

There, in a paddock flanked by chickens and goats, four rescued donkeys that have lived for years on a private property New Canaan have taken up residence.

“People are just flocking to them,” Flynn said on a cool, overcast morning as preschoolers from the Nature Center’s program as well as First Presbyterian next door gazed on Poppy, Charlie, Tilly and Chipper.

“It was a struggle for a year and the little bit to get through all of the red tape of them coming here, but people have been really excited and will have a great relationship with them because they are such approachable animals and so social,” he said. “It’s easy to have a connection with them.” 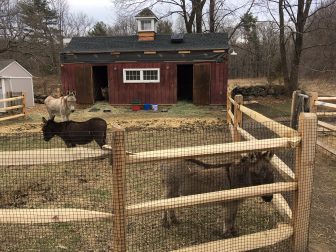 It’s been nearly one year since Flynn and the Nature Center applied to the town to install a new barn for the donkeys, whose longtime owner on North Wilton Road made arrangements for the animals (and still visits them twice daily) as she downsized to a different home within New Canaan. Plans for a single new structure that would house chickens and goats as well as the donkeys gave way, over time, to physically relocating the donkeys’ own original barn on North Wilton Road to the Nature Center itself.

They moved in last Thursday.

“The most exciting part is that it feels like this is just what it should be,” Flynn said. “The barn looks exactly the way it should be, it looks great, it fits in with the rest of the farm with the chickens and the goats and we’ve got the Sugar Shack, and groups just gravitate toward them. They are such social animals. It’s great to see.” 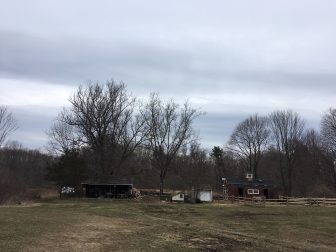 The donkey barn is located in one of the Nature Center’s most visible fields, near the Sugar Shack. Credit: Michael Dinan

In addition to the public-facing paddock, the donkeys have a rear exit from the barn to a more private area, and Flynn said the Nature Center may apply in the future for a wetlands permit that would allow the donkeys to graze in an even larger area out back of the structure.

The Nature Center, a public park, is open sunrise to sunset 365 days per year, and people can visit the donkeys “any time they want,” Flynn said.

In addition to regular visits from people, the donkeys will have specific programming built around them, Flynn said, and the Nature Center is talking to the venerable New Canaan Mounted Troop across town about establishing therapy programs.

While the donkeys are not to be saddled and ridden as horses are, Flynn said they are certified therapy animals that offer comfort to all people, including those with special needs or behavioral disabilities.

“And that is something we are really excited about because they are just such lovable, amazing animals,” he said.

One thought on “‘They Are Such Lovable, Amazing Animals’: Donkeys Move In at New Canaan Nature Center”