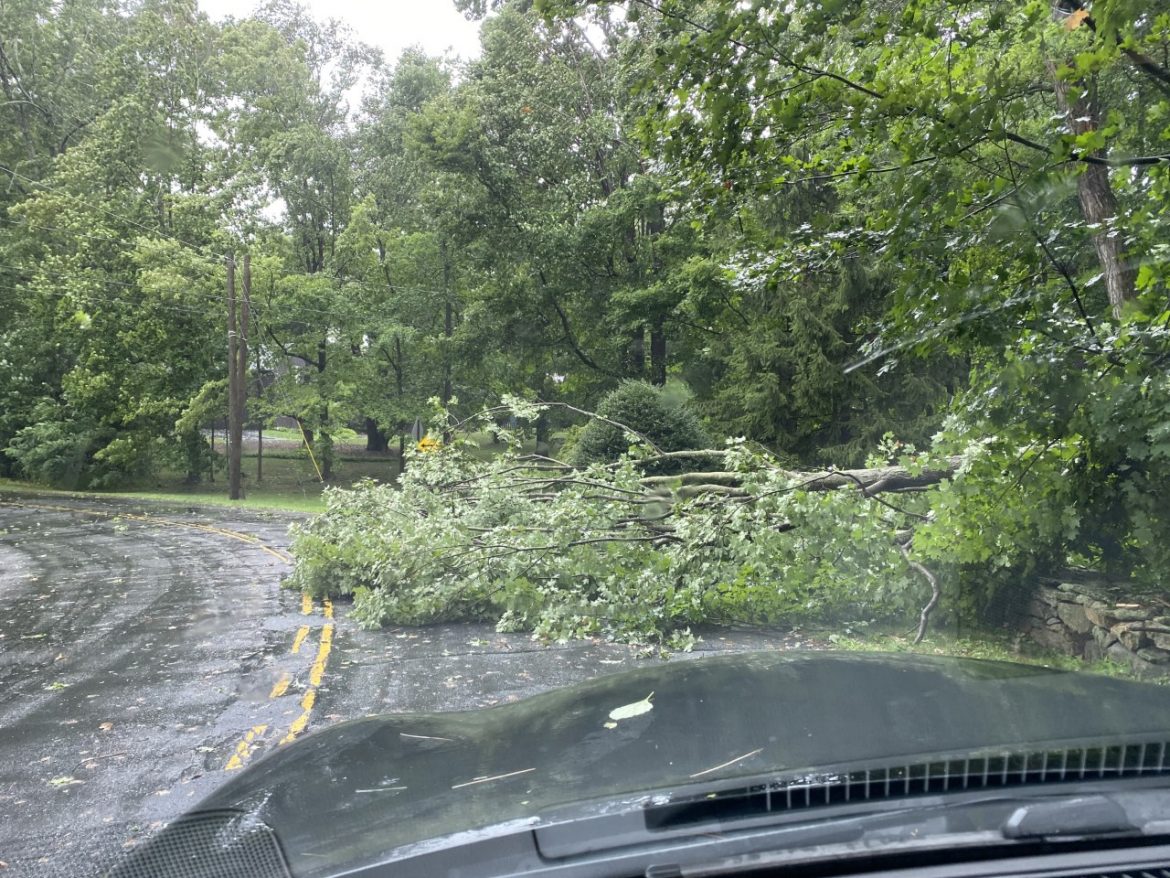 Firefighters are on scene on Canoe Hill Road in New Canaan on Aug. 4, 2020. Credit: Paul Williams

[Note: Updated information about restoration efforts can be found here.]

The morning after a tropical storm brought high winds to the area, 83.1% of New Canaan households remained without power, according to Eversource. The figure represents 7,057 homes, according to data as of 7:45 a.m. Wednesday.

Most residents appeared to lose power around 3 p.m. Tuesday, following a tornado watch in New Canaan and the county from the National Weather Service. 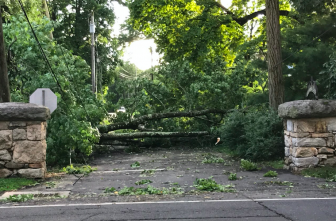 “Now is the time to shelter from dangerous wind,” the NWS said in its storm warning.

Winds were expected to reach 73 mph, the organization said.

First Selectman Kevin Moynihan said in a town-wide call Tuesday night that “the strong winds downed many trees and power lines and affected about 160 of our roads, some 100 of which remain partially or fully closed.”

The storm is the first major weather event in New Canaan since the June 3 ouster of former Emergency Management Director Mike Handler.

Fairfield, Middlesex, New Haven and New London Counties had been under the tornado watch.

Eversource officials said on Twitter that the company is “experiencing issues with our automated outage reporting systems.”

“We’re aware of the significant number of outages across the state, and are actively working to assess the damage,” Eversource said. “All of our crews and additional resources are ready to begin restoration when it is safe.”

The utility company added: “We are proactively reaching out to customers via e-mail and phone to confirm outages. Thank you for your patience.”

NewCanaanite.com will update this article with more information as it comes in.