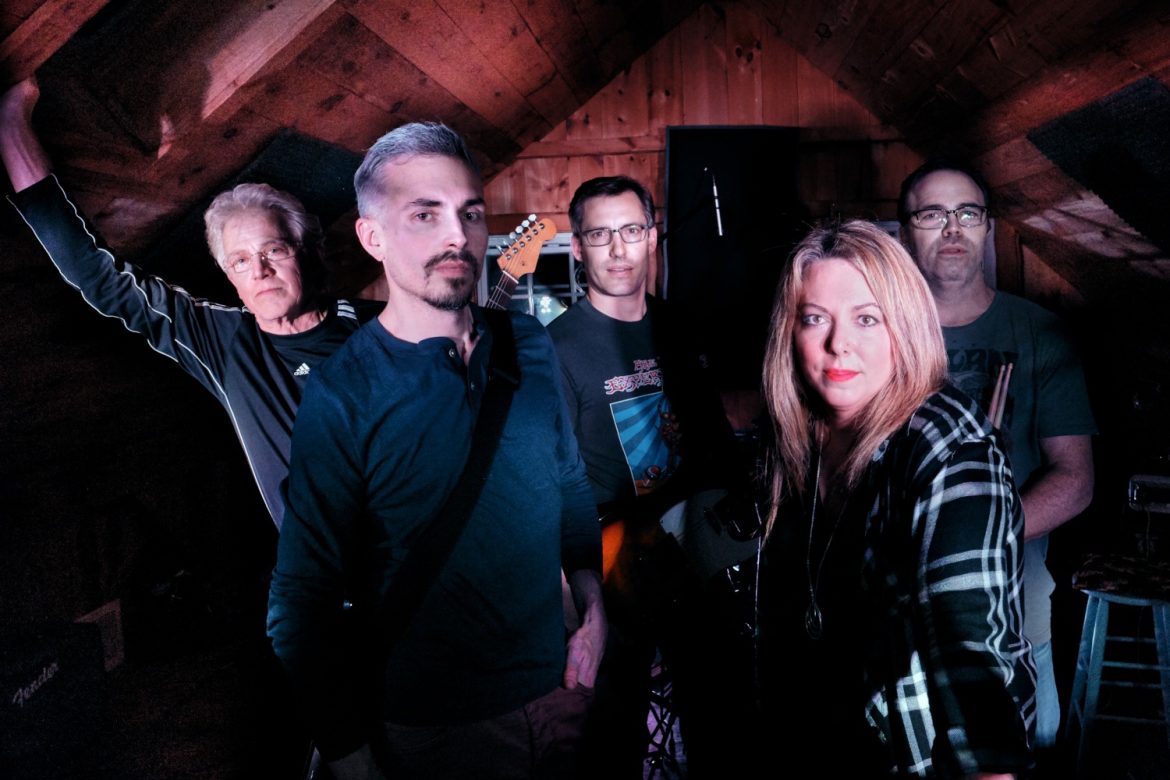 New Canaan resident Sloan Alexander will never forget the morning his daughter entered his bedroom a few days after the Sandy Hook Elementary School shooting, telling him and his wife, Sara Bakker, that she feared getting shot.

“We were both just very taken aback,” he recalled on a recent afternoon. “She knew what was going on and she knew what had happened. That moment has always struck me. I start to tear up when I think about it.”

Since that morning in December 2012, Alexander has seen his children come up through local schools practicing lockdown drills that he never had to, and has searched for ways to support an organization to which he feels profoundly connected, Sandy Hook Promise. Born of the tragedy that saw 20 first-graders and six educators killed, its mission is to “prevent gun-related deaths due to crime, suicide and accidental discharge so that no other parent experiences the senseless, horrific loss of their child.”

A professional musician who works in New York City, Alexander last October began talking with a group of fellow South and Saxe Middle School parents with whom he’d formed a band, Sideways, about doing something special for Sandy Hook Promise.

Next weekend, the members of Sideways will realize their shared vision during a live benefit show they’re calling ‘MUSIC 4 LIFE.’ To be held 7 to 10 p.m. at the Carriage Barn Arts Center, the event will see all proceeds go to the Sandy Hook Promise Foundation. Co-sponsors Stewart’s Wine & Spirits and Walter Stewart’s Market are catering MUSIC 4 LIFE, including wine, cocktail and Lock City Brewing tastings (a limited number of tickets can be purchased here for $50 apiece.)

“He is definitely the catalyst behind the event but he is also the musical director in a way of our band,” Stewart said.

“We are all parents of young kids in the school system and they go through these lockdown drills, so this issue is very present and I think it’s a very worthy cause. We felt that it was a good opportunity to raise awareness and put on a great event. It’s something that our business is proud to be a part of. And I am excited to play.”

Aimee Thunberg, communications director at Sandy Hook Promise, said grassroots events such as the Sideways concert “provide exceptional opportunities to share our message that gun violence is preventable when we ‘know the signs’ of potential threats and how to intervene to get help for at-risk individuals before they can harm themselves or others.”

“We hope that by raising awareness of these warning signs and signals, we can create safer communities and ultimately reverse the epidemic of gun violence plaguing our nation,” Thunberg told NewCanaanite.com in an email.

Sideways is composed of Alexander (bass and lead vocals, keyboards, guitar), Stewart, Sean Jackson (drums), John Moses (guitar) and Jen Kane (keyboards and lead vocals). A blues-based rock/indie music band, Sideways spends time developing its own arrangements of the songs it covers, Alexander said, and those come from artists that range from David Bowie, Tom Petty and The Black Keys to Radiohead and The Lumineers.

The band itself was born more than two years ago, on New Year’s Eve 2016-17, Alexander recalled. Stewart was in his basement putting together a foosball table (a Christmas gift for the kids) “and I looked in the corner of the room and saw a Vox AC30 amp—a very nice amp, a professional amp—and I said, ‘You been holding out here, buddy? What’s going on?’ ”

The two South School dads soon started jamming during their kids’ play dates and that summer they brought in a third—Jackson, a professional sales and marketing strategist—after Alexander played with him at a Waveny Pool fundraiser. Soon the trio started playing together in a studio. A retired South and Saxe Middle School teacher, Moses, who also gives lessons through New Canaan Music, joined the band next, and recently Sideways was made complete with the addition of Kane. A New Canaan resident and mother of two kids at South School whose daughter has been best pals with one of Stewart’s girls since they were at First Presbyterian Nursery School, Kane works in business development at Greenwich Associates and has sung professionally throughout her life.

Alexander said he originally had wanted to pull together the benefit concert for the fall, prior to the marathon, but that it didn’t work out.

“I realized that if we did it in late-winter or early-spring, that we could do it in a great venue, at the Carriage Barn Arts Center, and could have more time to plan it,” Alexander said. “Doug and I started talking about how we could contribute and get the proper equipment for it, and I realized that is what I wanted to do, make it a special night.”

MUSIC 4 LIFE is billed as a “first annual charity event.” Asked whether he would like to see Sideways put on a benefit show each year, Alexander said, “I would love to.”

“I would love to make this event an annual event that could possibly turn into more than one night, maybe a weekend of music and art that would evolve over time.”

Funds raised by and for Sandy Hook Promise go toward developing and delivering the organization’s “Know the Signs” programs, according to Thunberg—those are Start With Hello, Say Something, Signs of Suicide, and Safety Assessment and Intervention. They also “support our youth-led SAVE Promise Clubs that help to sustain these programs in schools and youth organizations nationwide,” she said.

For Alexander, the number 26 has taken on a mystical status—the figure not only represents the innocents killed in Newtown that day (“26 angels,” he said) and the number of miles in a marathon, such as the one he ran with the Sandy Hook Promise team.

“When I finished the marathon, I took a picture of myself, because I wanted to do it with the others, and there are 26 bands of sunlight beaming through that picture—an incredible moment for me,” he recalled. “So it’s been a journey for me, from having that experience with my daughter, to going and doing something to make a difference on a local level.”