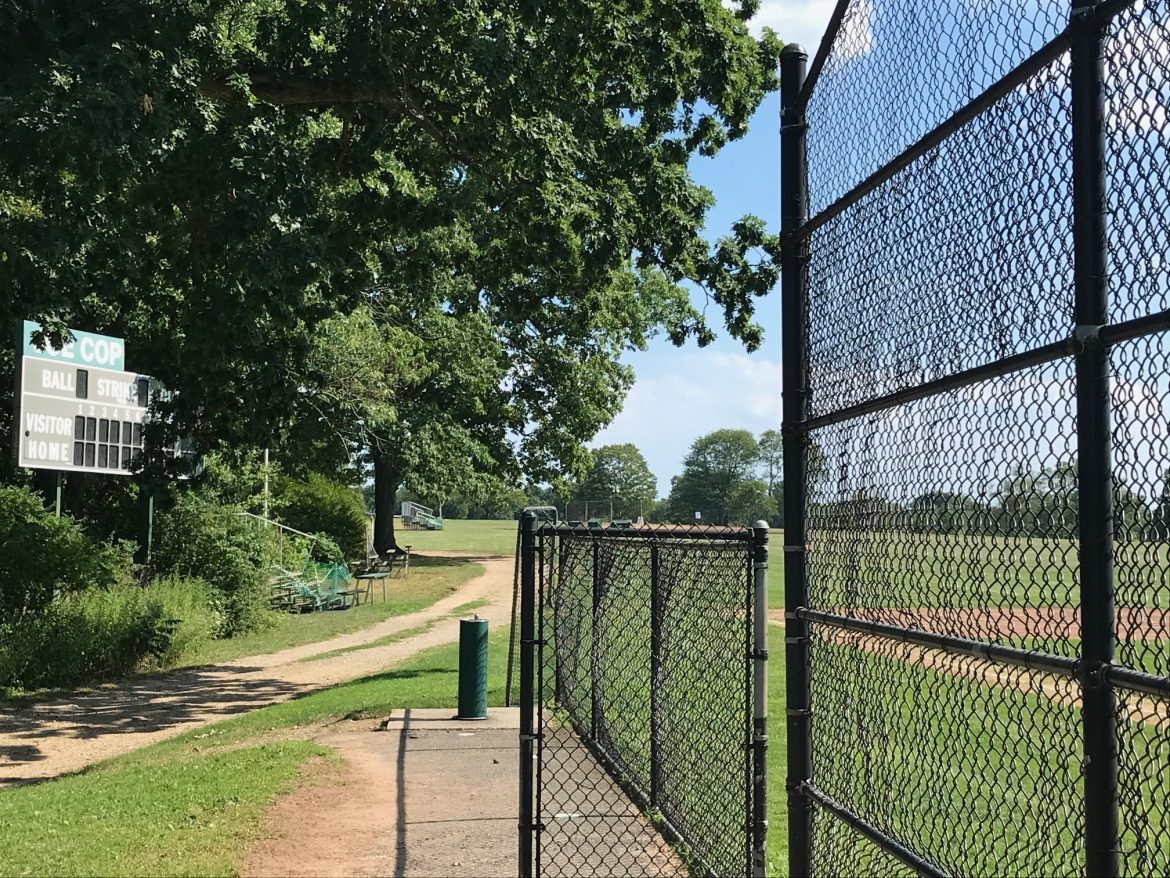 Coppo Field's scoreboard is to be replaced. Credit: Michael Dinan

Town officials last week approved the $10,000 purchase of a replacement scoreboard for a baseball field in Waveny.

Named for Joe Coppo, one of three New Canaan men killed in the Sept. 11, 2001 terrorist attacks, Coppo Field is located near the water towers and Lapham Community Center.

The new scoreboard, which will include LED technology, is the “next-to-last scoreboard replacement we have at this time,” according to John Howe, parks superintendent with the New Canaan Department of Public Works.

The last one is for the varsity baseball field at Mead Park, he told members of the Board of Selectmen at their regular meeting, held July 21 via videoconference.

“And then the only other place where we really need to put a scoreboard in some time—but that’s a separate item, it would not be a replacement—would be up at the Water Tower, the new turf field number two,” he said. “It would be great to have a scoreboard up there.”

Regarding a new scoreboard for the turf field, Moynihan said, “It would be nice to have a donation for that.”

Howe said Recreation Director Steve Benko had received money from a local charity and would earmark some for the purchase.

Devereaux asked whether the scoreboard was included in the fiscal year 2021 budget. Howe said yes.