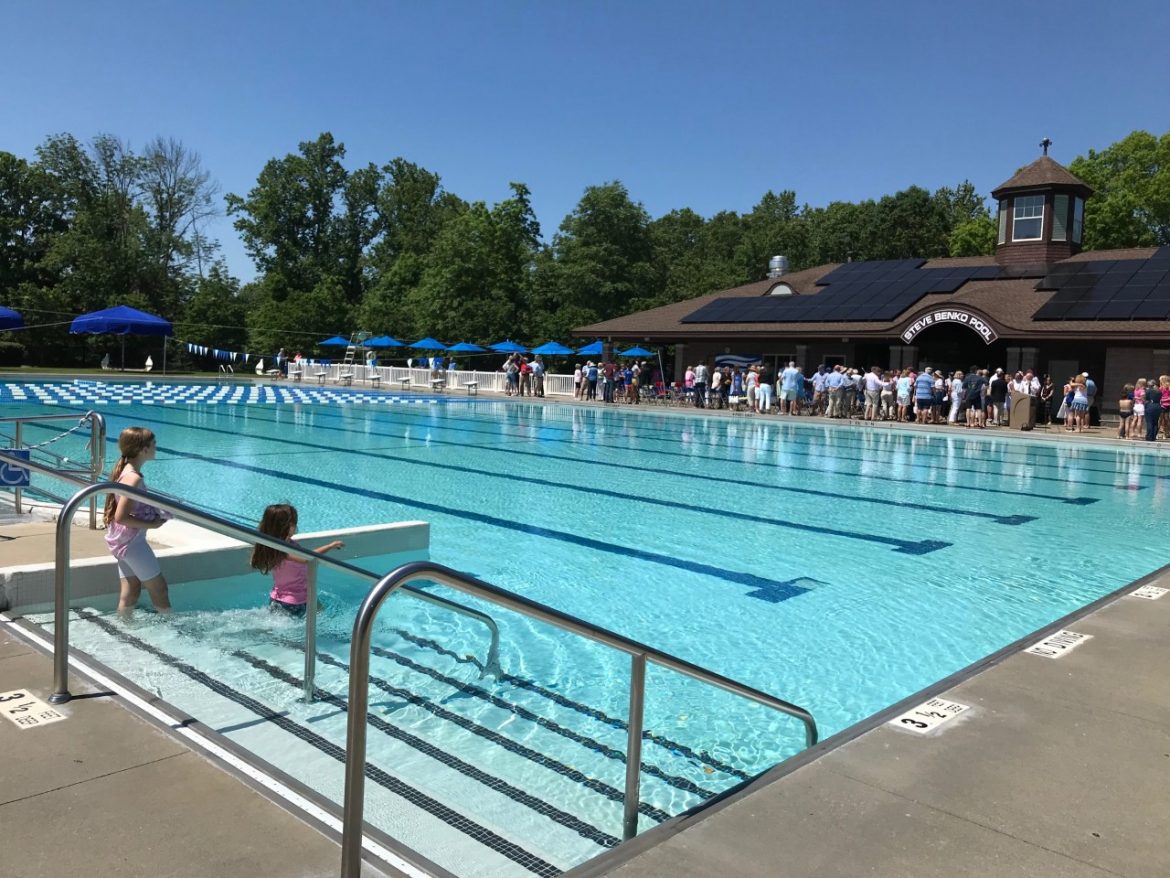 Some kids getting a jumpstart on summer swimming following the 'Steve Benko Pool' dedication on June 4, 2022. Credit: Michael Dinan

The Board of Selectmen at its most recent meeting approved a $114,235 contract with a Newtown-based company to make repairs to the Steve Benko Pool and kiddie pool in Waveny.

The pump motor on the kiddie pool umbrella feature died over the summer and the town was “very fortunate to find one of three motors in the country to rebuild that pump,” Parks & Recreation Director John Howe told the selectmen at their Oct. 31 meeting, held at Town Hall and via videoconference.

“But the main pool has one pump that runs,” he said. “And if that pump ever goes down, we’d have to shut the pool down until a new pump is available. The reason that we are bringing this to you now is it’s probably going to be a couple of months lead time to get a replacement pump. So in the case that both of these, we want to replace the pumps, put in a brand new pump, because the pump part itself is 20 years old, the motors have been rebuilt, and we’ll keep the old pump and motors on the shelf so if anything happens July 15th we can switch it out in a matter of a day or so.”

According to Howe, the kiddie pool also has a weakened gate valve and automatic chlorinator in need of repair. It needs to be painted and patched prior to the spring 2023 opening, he said.

“And then on the main pool we have some leaking stuff, the automatic fill system for the pool needs to be rebuilt,” Howe said. “One of the bigger things is replacing the sand in the filters, it’s 20 years. It’s time to replace the sand so that we filter better. And then of course the big issue is replacing the pump and then we also have two places where we have leaks. We have leaks in the gutter drain and also what is known as the ‘surge tank’ which is part of the whole pool system, but we are losing a substantial amount of water and it’s time to fix it.”

Howe said that over the next few years, additional repairs will need to be done.

“The pool decking is showing,” he said. “The concrete is 20 years old in the northeast. It’s cracking and we’ve been patching it and we foresee we will need to replace that over time.”