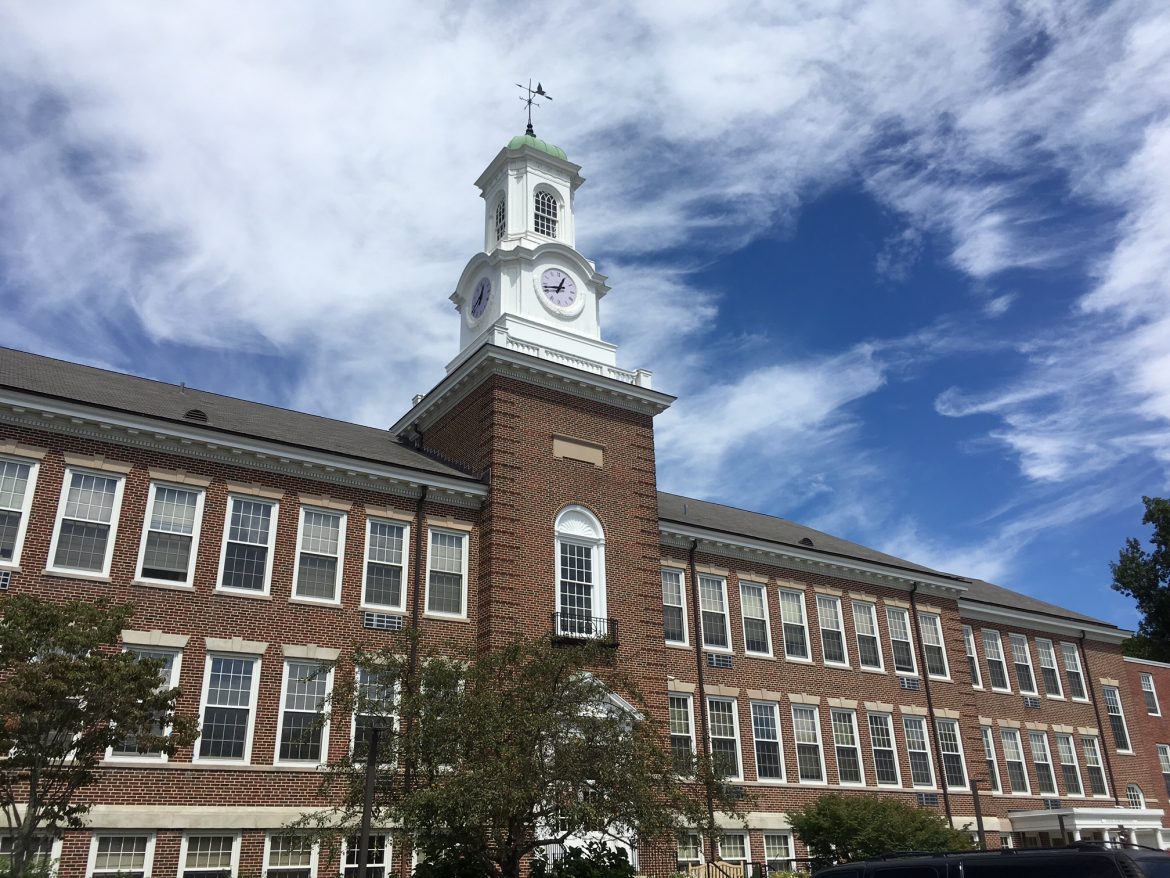 The Board of Selectmen at its most recent meeting approved a $93,500 contract with a Stamford-based company to make exterior repairs and upgrades to the daycare facility at The Schoolhouse building on South Avenue.

The selectmen voted 3-0 at its Sept. 6 meeting in favor of the contract with J. Antonelli Roofing for the work at New Canaan Day Care.

“If you are familiar with the daycare at the Schoolhouse down on the east side of the building, that backside of the building needs some repairs,” Bill Oestmann, buildings superintendent with the Department of Public Works, said during the meeting, held at Town Hall and via videoconference.

Oestmann said the work will include structural repairs to the concrete columns and repointing of bricks.

“We’ve had some water issues over there, so we’d like to address that,” he said. “Also a part of the project is the double doors that go into the daycare are going to be addressed. They’re original  and very old. We want to make those more secure.”

The selectmen asked whether the funds are in this fiscal year’s budget (yes, $100,000 was approved for the work) and whether the roofing company will address the doors, as well (yes).