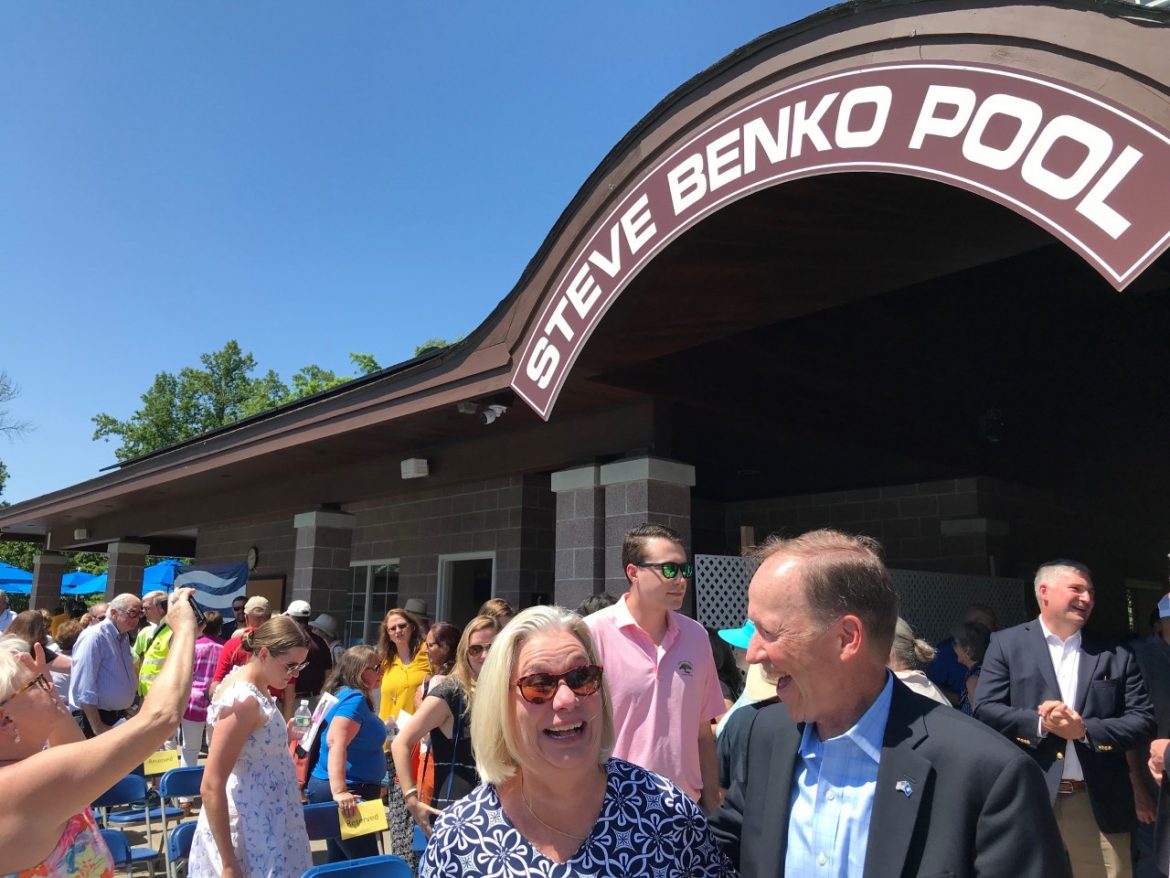 In the foreground, Sue Baer Benko and Steve Karl at the 'Steve Benko Pool' dedication on June 4, 2022. Credit: Michael Dinan 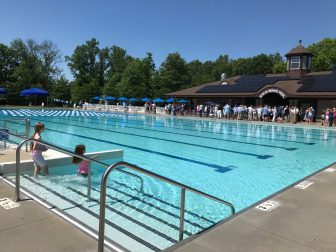 Some kids getting a jumpstart on summer swimming following the ‘Steve Benko Pool’ dedication on June 4, 2022. Credit: Michael Dinan

This was “an incredible summer” at the pool, which saw 4,669 pass sales this year compared to 4483 in 2021, according to Parks & Recreation Commissioner Rona Siegel.

“Everyone knows it was really hot,” she said during the Commission’s regular meeting, held Sept. 14 at Town Hall and via videoconference.

“One really great thing to note for the [pool] team: Not one full day was the pool closed, and usually historically there is something or some reason [the pool is closed]. So, pretty incredible.”

She relayed the information during an update to Parks & Rec on the beloved community pool, which was dedicated in memory of the lifelong resident and longtime Recreation Director Steve Benko in June.

As planned, the town brought in a food truck for “Taco Tuesdays” at the pool once per week, in order to spell the regular concession provider there, and that received “good reviews” and “great feedback,” Siegel said.

“That worked really well,” she said.

Siegel added that a replacing the concrete deck for the 20-year-old pool should be on the radar of Parks & Rec as a future capital request, and that there’s also a need for a new pump.

Parks & Rec Director John Howe noted during his own update to the Commission that one pool pump did go down.

“We actually have three separate pumps at the pool,” Howe said.”Long term, I’d like to have six pumps at the pool so that we always have a lot of backup. There’s a lot of sleepless nights, if the main pump went in the pool, at the end ofJuly we would have been shut down for the rest of the year, because the pumps weren’t available. I don’t like sleeping that way. So, [we will] try to look at that over the winter.”