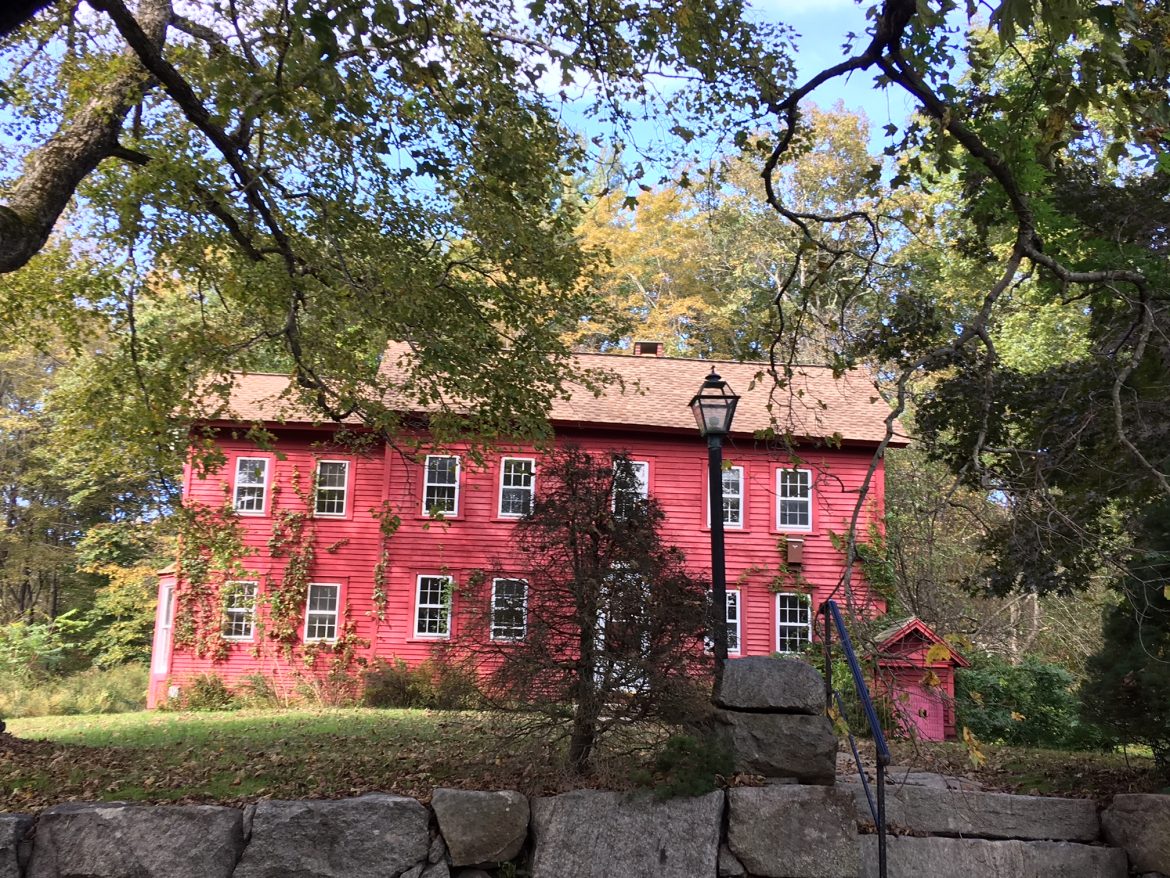 The owners of an antique house on Valley Road have rejected the town’s offer to purchase the home and some of the land around it, officials said last week.

Instead, the First Taxing District of the Norwalk Water Department will have a caretaker stay at the red-painted 18th Century house at 1124 Valley Road to use it as an “operational base” for work at the adjacent Grupes Reservoir, according to Conservation Commission member Chris Schipper.

“They plan to use the house in connection with the water business, so they do not intend to sell it as this time, and I guess that from our perspective that simply defers a decision,” Schipper said during the Commission’s regular meeting, held Oct. 11 at Town Hall. “The only thing that we should be alert to, if they are not maintaining the property, is the risk of demolition by dereliction.”

He added: “The good news its is no longer on the demolition queue. The bad news is it is sort of in abeyance. It’s sort of in limbo.”

Rebuffed in April on an offer to purchase the entire 4-acre parcel for $1.2 million, the town last month offered $250,000 for the house and .83 acres around it—a figure based on a new appraisal.

The property abuts the New Canaan Land Trust’s 10.3-acre Browne Wildlife Sanctuary, and that organization had offered to fund the purchase and maintain the home, town officials have said. The house had been rented in the past, but has been vacant for many months now.

Land Trust officials and preservationists have been trying to figure out a way to acquire and protect the property since it hit the market in February 2015 at $2.25 million. Its owners six months ago applied for a demolition permit for the house, kickstarting an extended and at times contentious negotiation between the town and Taxing District.

A committee of the town in March imposed a 90-day delay on the demolition. Town officials in April said they were interesting in taking the property by eminent domain, while the Land Trust offered to pay $1.2 million for it.

Taxing District officials have said they’ve offered to sell the house itself to the New Canaan Land Trust, with about .8 acres around it, for less than the $1.2 million that the organization has offered to pay for the entire parcel, and have offered in the past to let the Land Trust or any other interested party physically remove the home if they want it.

In May, the property’s owners pulled their application to demolish the antique and reiterated that they would sell the house on Valley Road, though not the entire parcel. (The property last was appraised at $1,590,600, according to tax records.)