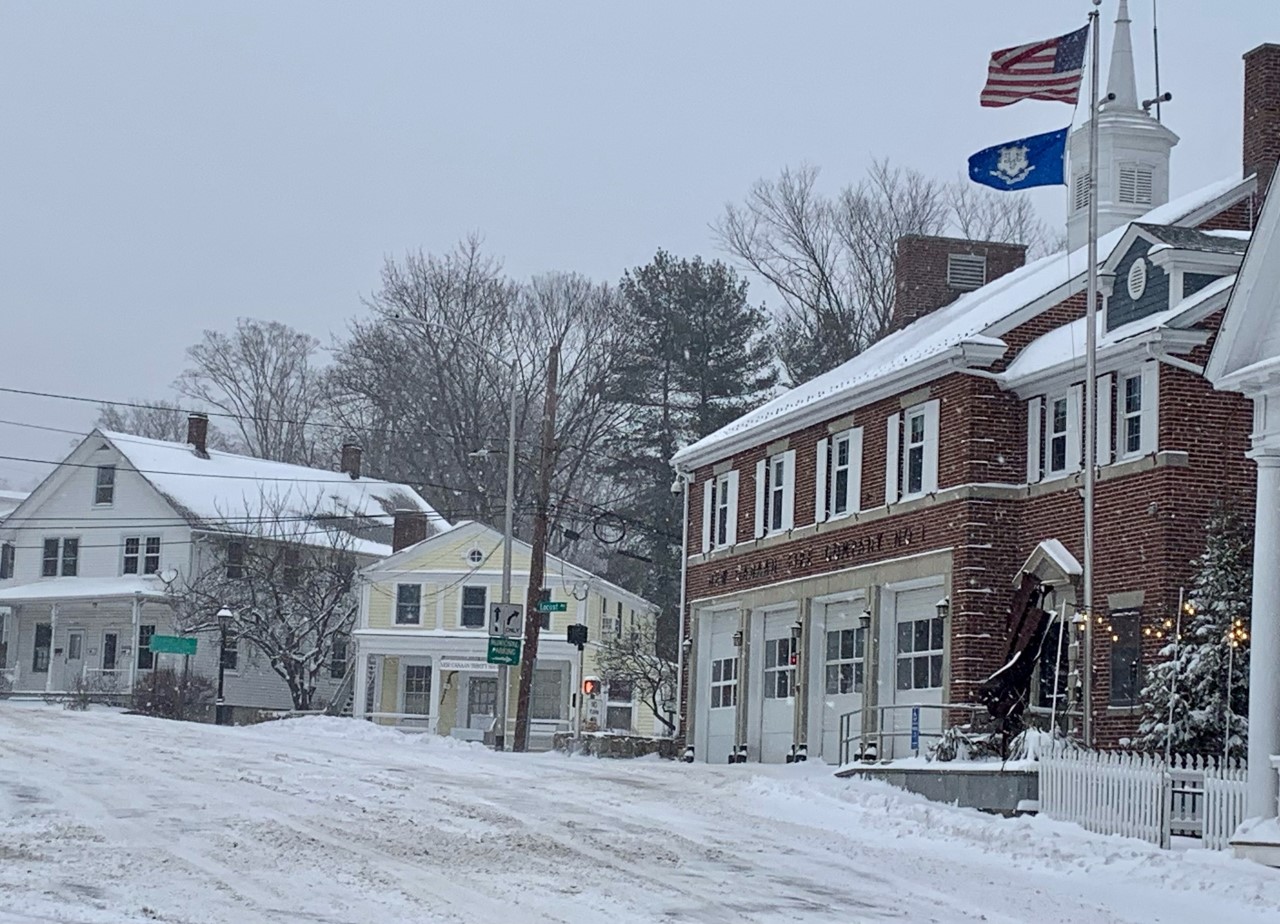 Metro-North Railroad service has been restored.

New Canaan’s neighbors in Stamford and Norwalk received 7 and 6 inches of snow from the storm that struck Connecticut overnight, according to unofficial snowfall totals reported by the National Weather Service.

In New Canaan, despite the sub-freezing temperatures, many families headed to Waveny for sledding, while Dunkin Donuts on Elm Street could be seen doing steady business even during the late morning before the snow subsided. Several organizations in town closed for the day, including the library, Grace Farms and YMCA, while businesses such as Walter Stewart’s, Stewarts Spirits, Franco’s Wine Merchants and Karl Chevrolet opened with modified hours.

A National Weather Service update at 10:25 a.m. Saturday calls for an additional 3 to 5 inches of snow, as the Winter Storm Warning remains in effect through 7 p.m.

As of 6 a.m. Saturday, no New Canaan customers had lost power, according to Eversource. The National Weather Service was predicting 3 to 5 inches of snowfall overnight, wth an additional 4 to 8 inches on Saturday. The Winter Storm Warning remains in effect through 7 p.m.

The town is bracing for a winter storm that’s expected to bring up to 10 inches of snow starting Friday night, officials say.

The National Weather Service is calling for total snow accumulation of 7 to 10 inches as well as winds gusting as high as 45 mph.

“Near blizzard conditions are possible for a period on Saturday,” according to the National Weather Service.

The town is under a Winter Storm Warning through 7 p.m. Saturday.

“Travel could be very difficult,” the Weather Service said. “The hazardous conditions could impact the evening commute. Gusty winds could bring down tree branches.”

“We urge residents to stay off the roads so that road crews and emergency vehicles are not hindered,” Sheibley said. “You can report any road blockages and/or fallen wires—stay clear—by calling the New Canaan Police Department main number, 203 594-3500.”

New Canaan Library will be closed Saturday due to the incoming storm.

NewCanaanite.com will update the list of “What’s Open & Closed,” periodically throughout Saturday.

Visibility on Saturday morning could be reduced to a quarter-mile or less at times, the National Weather Service said.