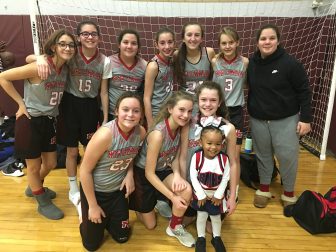 On Saturday against Wilton, with the game tied at the half, the girls headed into the third quarter ready to play.  On defense, lightning speed Riley Fortmann, Jane Shumway and Katie Casey had multiple steals, and Dianna Luccarelli and Georgi Owsley executed the half-court press defense with precision, resulting in forced turnovers by Wilton and dominant possession by New Canaan. Olivia Michelini and Julia Michelini dominated the boards.  The team exploded offensively in the third quarter, scoring 11 of the team’s 27 points.  the game’s high scorers were Lauren Livesay/8 points and Sammie Plosker/6 points, with additional points by Jacqueline Mulle, Casey, Olivia Michellini, Fortmann, Shumway, and Owsley.  Despite a fourth quarter rally by Wilton, New Canaan held on to win 27-21.

On Sunday against Naugatuck, New Canaan opened up a significant lead in the first half with points by Jane Shumway, Riley Fortmann, Lauren Livesay and Georgi Owsley and numerous assists by Sammie Plosker, Olivia Michelini and Julia Michelini. Powerful defensive efforts by Dianna Luccarelli and Katie Casey held Naugatuck at bay.  New Canaan led the entire game until late in the fourth quarter when Naugatuck went on a run and took the lead with less than two minutes to play in regulation.  However, a clutch three-pointer by Fortmann tied the score at 22-22, sending the game into overtime.  With the stands packed and the 7th Grade Boys Red team cheering for their classmates, New Canaan dominated OT with Shumway adding 4 points to her 10 point total, and Fortmann hitting a clutch free throw to seal the win.  New Canaan defeated Naugatuck 27-24. 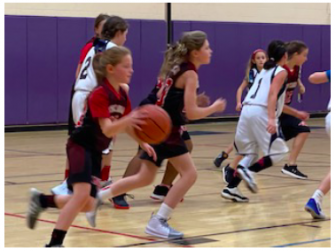 The New Canaan Chargers 5th Grade Girls Travel Basketball had a great weekend, going 2-0. They began on Friday night with a tight game against Stamford Young Timers. The Chargers maintained a lead throughout most of the game, but it was tied up with a minute to go. However, Phoebe Mellick came through in the clutch with a basket that, coupled with strong last minute defense, clinched a 14-12 win. In the second game, the Chargers won a little more comfortably against New Fairfield, leading 8-3 at halftime before pulling ahead in the second half in a 33-13 win.