It’s been a long, cold lonely winter—now it’s finally time for the kids to go back outside and play.

The 2015 Spring Sports season finally upon us, and one team that can’t wait to hit the field is the New Canaan High School boys lacrosse squad. 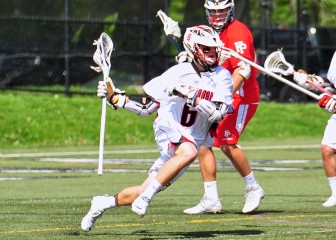 Last year’s successful campaign included several dominant performances against teams from all over the Tri-State to the tune of a 17-5 overall record, culminating with a berth in the CIAC Championship.

The 2015 Rams are looking to build off of that, and get over the hump otherwise known as the Darien Blue Wave. New Canaan was on the wrong side of three heartbreaking losses to its FCIAC rival, including a 12-11 loss in the conference semifinals and a 10-8 defeat in the Class M title game.

But that was last year.

This year’s roster is stocked with 23 seniors, 17 of whom have prior varsity experience. That group is led by its quartet of captains—attackmen Michael Kraus and Justin Meichner, midfielder Teddy Dumbauld and defenseman Logan Hart.

Two of those, Meichner and Kraus, were in the top three in goals scored for the Rams in 2014. And Dumbauld’s ability to win faceoffs and Hart’s presence on defense solidifies this talented group of leaders.

“The strength of our team is leadership,” Hart told NewCanaanite.com. “We all talk to each other and then communicate between the players and the coaches, and all together really try to be as effective leaders as possible.” 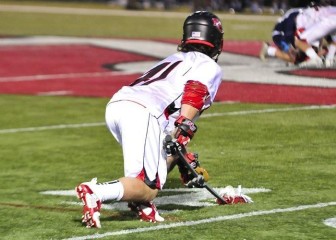 Also returning to the starting lineup is Richmond-bound senior Frank Cognetta, a two-year starter, as well as defenseman David Strupp, who along with Hart form a very formidable triumvirate for third-year head coach Chip Buzzeo.

Junior Kyle Smith returns to help man the midfield position, and with Dumbauld on faceoffs the Rams return seven starters from last season.

“To have six returning starters out of 10 is pretty good, plus our faceoff guy,” Buzzeo said. “We’re excited to have that type of experience.” 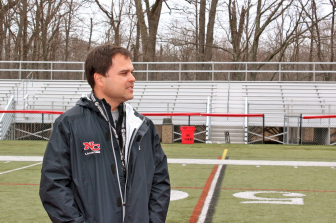 Providing the Rams with experience and athleticism will be seniors Max Begoon, Sterling O’Hara and Owen Toland, all of whom will see significant time at midfield. Senior Jack Hortsmeyer will be a key member of New Canaan’s attack line, along with sophomore Jackson Appelt. This amount of depth, talent and balance is something coach Buzzeo says he’s experiencing for the first time with New Canaan.

And it will certainly be needed.

The FCIAC is always one of the strongest lacrosse conferences in the state and this year is no different. Perennial contenders Ridgefield, Greenwich and the aforementioned Darien—along with what coach Buzzeo describes as “an up-and-coming team” in Staples— will all prove to be tough competition for the Rams, who will kick off the season at Dunning Stadium this Wednesday, April 8 against St. Joe’s at 4:15 p.m.

“The first month of the season everybody’s at the same disadvantage of getting to know everybody, starting to create the chemistry” Buzzeo said. “But if we can come together, we should have a special year.”