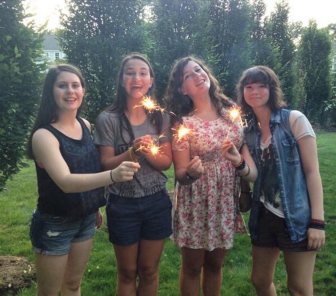 With friends from New Canaan, reuniting after I returned from school

“Unless you have been to boarding school when you are very young, it is absolutely impossible to appreciate the delights of living at home. It is almost worth going away, because it is so lovely coming back,” wrote children’s author Roald Dahl.

And as a fifteen-year-old New Canaanite who is particularly versed with the situation, I agree unquestionably.

Whether it’s my grandmother’s home cooked meals, the St. Aloysius church bells, strolling up Elm Street, getting a summer cone at Baskin and Robbins, or the soothing wail of the train whistle which I can hear from my bedroom window; it’s these hometown details I miss most. 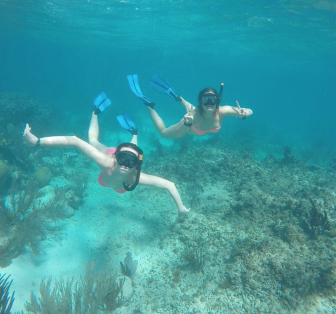 I had been a part of the New Canaan public school system for as long as a rising sophomore could be — 10 years to be exact.

And I have nothing but fond and lasting memories from that decade. I still smile when I remember each teacher I had at East Elementary School; I still hear my middle school friends coming of age in the Saxe Cafeteria; I still feel the dance shoes on my feet from ten years of Walter Schalk recitals; I still see the red and black swirling at the homecoming pep rally. 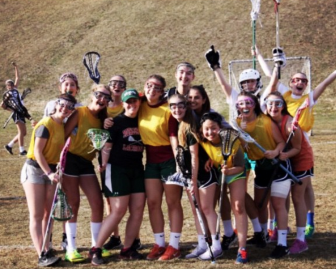 In the lacrosse team at New Hampton School

It was not until the summer before my sophomore year in high school that my parents and I decided to apply to boarding schools.

For me, the decision to attend boarding school wasn’t about filling a gap, rather it was about expanding my horizons. And that’s what I have found at New Hampton School in New Hampton, New Hampshire.

The change has allowed me to grow as a student academically, as a athlete physically, as a leader socially, all in a setting that is smaller and more intimate than the one I left behind. I have always known I wanted to go to college. That motivation was a big reason for me to make the difficult decision to go to boarding school.

After only one year, I feel I am better prepared for not only my college application process, but also my first year of living away from home during college. But the benefits I have seen academically and interpersonally are not without some cost. 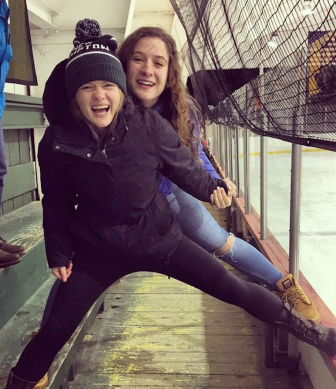 Supporting the huskies at a New Hampton Hockey game

I still see my New Canaan friends on holidays and over the summer, but it is not lost on me that we will be going to different proms and already find ourselves moving in different directions. It’s just another example of the ever-changing complexion of life, I guess, but it comes at an early age.

It may not be for everyone, but boarding school has been the right decision for me. I completed my first year on the High Honor Roll and as a member of two varsity sports, and in just a few weeks I will begin a two-year International Baccalaureate Program as I set my sights on college, and the next set of horizons.