After more than seven years on South Avenue, New Canaan’s full-service aquarium store is moving one block away downtown, to the former Radio Shack space on Park Street. 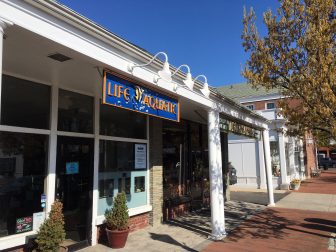 “I am going to expand my offerings,” Jahier told NewCanaanite.com. “I am primarily saltwater now, so I am going to be going more heavily into freshwater and freshwater plants and upkeep and accessories.”

The move will take place Sept. 1 and Jahier said Life Aquatic will be open through the transition. 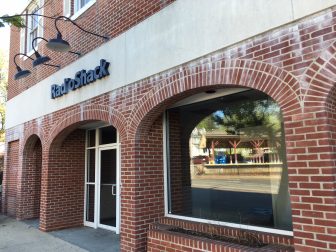 The new location at 94 Park St. also will offer customers “free, no-hassle parking,” according to a sign in Life Aquatic’s window.

The store offers not only livestock, equipment and supplies, but also design, installation and maintenance services for fish tanks, ponds and reptile habitats. Life Aquatic carries goldfish, bettas, glofish and several kid-friendly items, and stocks koi and other pond fish. 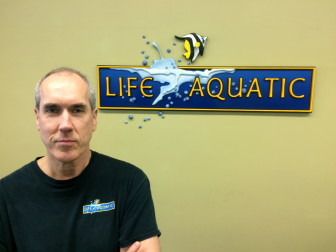 Randy Jahier was in the furniture manufacturing business when, 10 years ago, he entered aquarium ownership as a hobbyist after installing a saltwater fish tank near a desk at home. Now the owner of Life Aquatic on South Avenue, he recalled: “I thought, ‘Oh that would be a great place for an aquarium in there’ and just became completely obsessed,” he recalled. “Ended up with probably 15 tanks, all fish and corals and saltwater animals.” Credit: Michael Dinan

Jahier himself had been in the furniture manufacturing business when, about 13 years ago, he entered aquarium ownership as a hobbyist after installing a saltwater fish tank near a desk at home.

Under Jahier, Life Aquatic has emerged as a popular place for New Canaanites, including youth, to spend time. It has a lounge with complimentary coffee and snacks, a reference library and streaming underwater videos playing as well as interactive informational kiosks. In addition to the fish and aquarium gear itself, Life Aquatic sells gifts, apparel and decorations.