By the time his twin daughters were born, New York City native Arthur Bettauer had lived through the Great Depression, fought in World War II and launched a long accountancy career with Price Waterhouse. 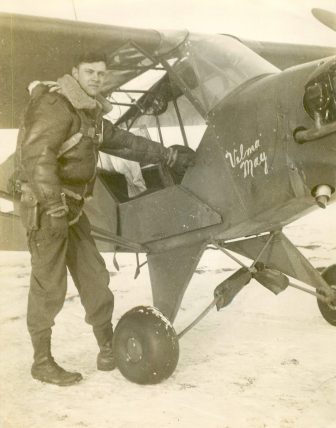 He was 42 and it was the early-1960s—considered old at the time to have children.

One daughter, Karen Harris, recalled on a recent afternoon, “He always said he started to eat healthy then, because he knew he was going to have to live a long time.”

Next week, Bettauer will turn 100 years old—a milestone that he’ll celebrate in the northern New Canaan home that he and his young family moved into in 1972, but without them, as per COVID-19-related health restrictions.

“I feel a little heartbroken because it’s not the 100th birthday party we wanted to have,” said Harris, who graduated from New Canaan High School in 1980 with her sister, Nicole Bettauer. “Fortunately, his neighbors said they would do a car parade and honk their horns.” 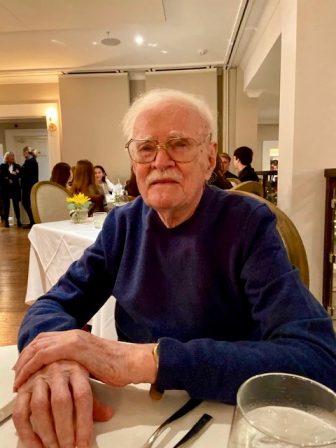 They’ll be celebrating a singular life of learning, determination, humility and service.

Born May 2, 1920 to a German father who’d come to the United States prior to World War I and would bring over many Jewish relatives from Europe before World War II, Bettauer lived his entire life in New York City prior to moving to New Canaan, Harris said. A gifted storyteller, Bettauer grew up in Washington Heights (he attended high school in Queens) and would tell his daughters about using a dime to take a train to school during the Depression, then spending five cents for lunch and using a second dime to get back home.

He earned a bachelor’s degree in business administration from the School of Business at City College of New York in 1939, worked as a junior accountant, joined the U.S. Army, married and—after the girls were born (“best dad ever,” Harris said)—the family lived on the Upper East Side. He would go on to earn a MBA in management from the New York University Stern School of Business. (Bettauer and his wife divorced 40 years ago and remain close.) 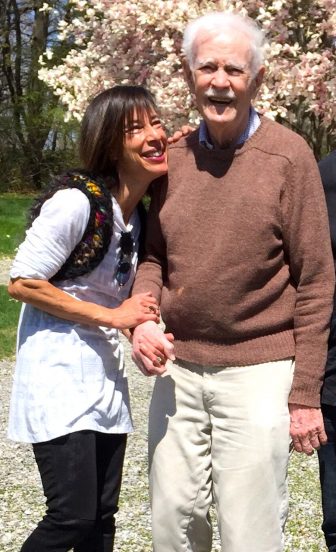 “Me and my sister used to share a bedroom and fight with each other, and we decided an apartment was too small and my father said, ‘If we are going to move, I will look all over,’ and somehow we moved to New Canaan,” she recalled.

There, he dug a vegetable garden and became deeply involved in the community. He volunteered on the Board of Finance and as treasurer for the New Canaan Nature Center Board of Directors among other directorships, both locally and in New York City, including with the Metropolitan Opera Club, Lenox Hill Hospital, Citizens Budget Commission and Better Bureau of Metropolitan New York.

Nicole Bettauer said she interviewed her dad at 90, and “one of the favorite things he told me was that he’d always sought to lead a ‘life of interest.’ ”

“Not a good life, happy life or successful life, necessarily, but one of interest,” she said in an email. “Which, to my mind, makes such sense—because, in embracing curiosity, one can always find interest, even in difficulty. This has led my dad to such a good, happy and successful life—one of care, concern and connection with others, community, family, friends, the times he finds himself in, and the world at-large.”

Harris said that her dad’s U.S. Army experience “really shaped him in many ways.”

Bettauer underwent basic combat training at Camp Jackson in South Carolina, attended Officers Candidate School at Fort Sill in Oklahoma and was commissioned as a second lieutenant. Assigned to the 777th Field Artillery Battalion, he entered combat in Holland, Belgium and Germany, as a forward and air observer with 98 air combat missions. Bettauer was awarded two Air Medals as well as one oak leaf cluster, and was promoted to first lieutenant. After the war’s combat phase, he joined the military government in Germany and was promoted to captain. 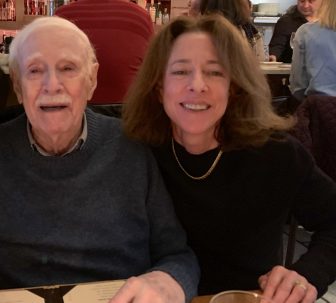 Bettauer has two caregivers (and attentive neighbors), though he’s pushed back against having full-time help at home and decided he won’t wear a device to alert anyone in the event of a fall “because he says he’s not old enough yet,” Harris said. He had a knee replacement at age 88, another at 89, and at 92, told that he had six months to live, underwent an experimental heart valve replacement.

“He’s a miracle of modern medicine,” Harris said. She added, “I think he’s just very determined and stubborn, because to actually recover from this [surgery] is so hard, you have to be a fighter.” 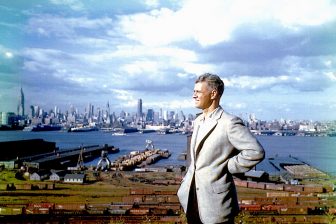 Though Bettauer stopped driving the same year as the heart valve replacement, he remains largely independent. He’d taught himself after retiring how to use a PC and joined a software user group and is active on Facebook. (After retiring as a partner with Price Waterhouse, he joined an international nonprofit economic development organization that has taken him as far away as Kenya, Poland, Egypt and Uzbekistan.)

These days, Harris said, her dad likes to go out to dinner when she visits from her New York City home (Nicole lives in California)—especially to the Roger Sherman Inn.

With the COVID-19 restrictions, Harris said she hasn’t seen her dad since early-March—the longest stretch in about 10 years—and that she’s never been apart from him on his birthday. The family intends to hold a live group chat through the Zoom videoconferencing app, she said.

“I am just so appreciative that we have had him for so long,” Harris said. “And he’s such a wonderful man… I am just so happy to still have him alive, my sister and I are incredibly close to him.”

She added, “We are still happy that he is making it to 100. He is not in any pain, he is doing well and we are hoping that this will be over and we can have a belated birthday party.”