Members of New Canaan Fire, Police, EMS and Public Works on Monday morning sounded their sirens and honked their big horns from emergency vehicles for six elementary school kids on their birthdays. 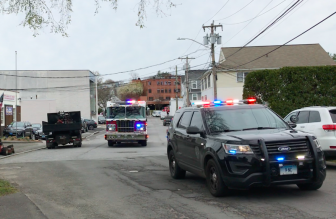 A police vehicle sounds its siren in driving slowly past six kids’ houses to surprise them with a special birthday salute as part of a new program launched April 20, 2020. Credit: Michael Dinan

As part of a newly launched birthday celebration effort, the row of public safety vehicles rolled slowly past East School kindergartner Valentina Chavez Del Campo’s home on Cross Street at 10:16 a.m. She appeared in the doorway with her family just as EMTs began serenading her with the “Happy Birthday” song, waving back.

Neighbors emerged from their own homes to see what was happening and, on realizing their young neighbor had a birthday, called out “happy birthday,” too. 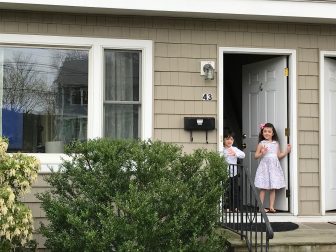 “It’s the least we could do to brighten the spirits of kids in town, and everybody in town, and show people we are still here and there are still positives going on in town that we can collectively celebrate,” said Police Deputy Chief John DiFederico. 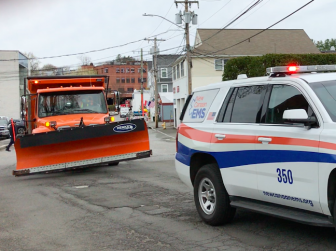 The idea was shared by Superintendent of Schools Dr. Bryan Luizzi during a recent daily call of emergency operations officials, DiFederico said.