In this installment of Biz on Biz, we traveled to Weed & Duryea on Grove Street to ask about a favorite product or service of another business in New Canaan. 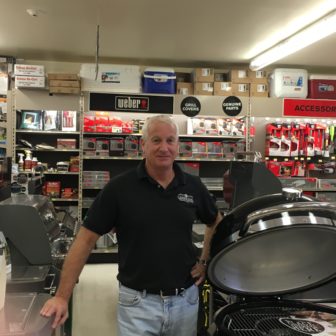 The hardware store, which has been running as long as our town’s railroad system, was founded soon after Francis E. Weed returned from the Civil War in 1865, historians say. Inside, we asked retail manager Barry Coleman about local favorites and he responded by reviewing New Canaan eateries he likes most.

“I’ve been going there for years,” said Coleman, a Trumbull resident. “My wife comes to meet me here and then we go to Ching’s Table.” When asked for his favorite dish, he replied: “I really like the Shrimp Lo Mein.”

The NewCanaanite.com Summer Internship Program is sponsored by Baskin-Robbins. 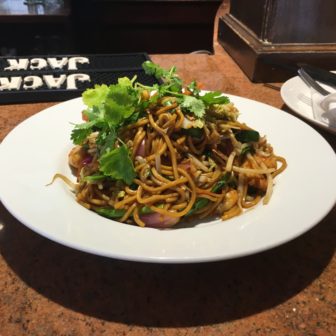 Coleman also gave a few more honorable mentions, explaining how he usually goes to pick up groceries at Walter Stewart’s before he drives back home. When asked what food he likes to prepare, he responded with “any meat.” His favorites to get are hamburgers for the grill. He noted this is contrary to his wife, who is on the “chicken and fish side.”

Lastly he noted how occasionally after work, he and a few other Weed & Duryea workers head over to Cherry Street East for a burger and brew. The bar is known for its specialty burgers, with favorites like such as Vermonster and Bison Burger in its lineup.