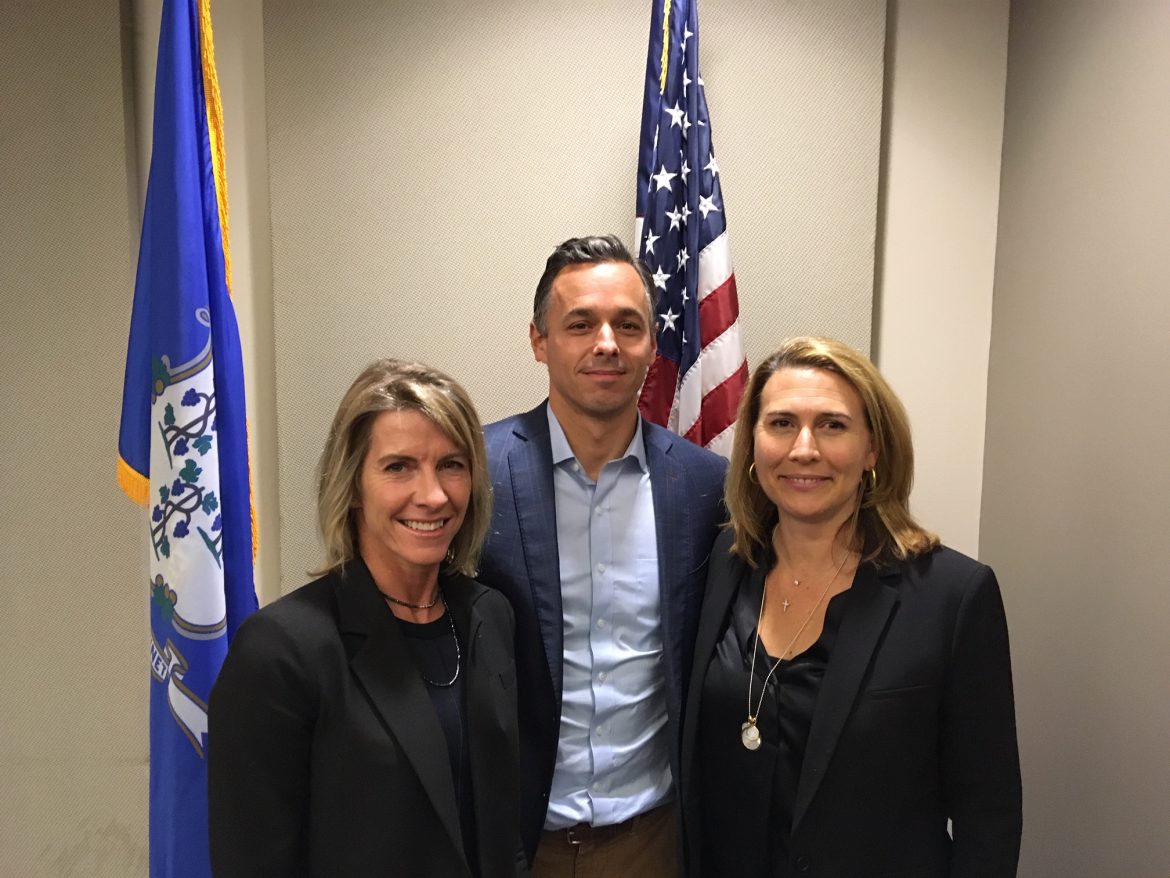 The Board of Education on Monday night by a 7-2 vote elected Brendan Hayes as its new chairman.

A Democrat who has served on the elected body for three years, Hayes “has been a thoughtful leader on the Board of Education,” outgoing Chair Dionna Carlson said during a special meeting held in the Wagner Room at New Canaan High School.

Hayes has served as chair of the group’s Education Resources Committee and “was instrumental in updating the Board of Education’s facilities rental policies as well as being a consistent advocate throughout the Board’s budget process,” Carlson said.

In addition to Hayes and Carlson, Board members Sheri West, Penny Rashin, Jennifer Richardson, Hazel Hobbs, and Katrina Parkhill voted in favor of making him chairman. Board of Ed members Maria Naughton and Tom Cronin voted against. No one else was nominated.

Carlson was elected vice chair by the same 7-2 vote, while Richardson, a fellow Republican, was unanimously elected secretary.

The Board of Ed is composed of six Republicans and three Democrats.

A senior managing director at a financial services firm who has expertise in investment banking and finance, Hayes and his wife have three children in New Canaan schools and he has volunteered as a youth sports coach in town, Carlson said in making her nomination.

He earned a bachelor’s degree in Mathematics and History from Tulane University and a MBA from New York University, Carlson said. He serves on the Newcomb Tulane College Dean’s Advisory Council at Tulane University, she said. Hayes is the son of educators, according to a biography supplied by the Democratic Town Committee at the time of his election in 2015.

During last year’s budget season, Hayes emerged as a staunch defender of the Board of Ed’s proposed spending plan, calling a 2 percent guideline that had come down from the Board of Finance “arbitrary.” (Note: The finance board this year has set a dollar-figure guideline based largely on contractual obligations, and Hayes on Saturday participated in a budget workshop with more than 25 members of the Boards of Education, Finance and Selectmen and Town Council, among others—story on that to follow.)

Rashin in nominating Carlson for vice chair described her as fair-minded, passionate about education, fiscally prudent and forward-looking. Carlson has shown an ability to tackle difficult issues, Rashin said, and does not take disagreements personally.

West in nominating Richardson, who is currently in her second term as secretary, called her the “MVP” among New Canaan Public Schools volunteers, having served in the past as Saxe Middle School PTC president and now with the NCHS PFA, including as a chair of the Color Run and Post Prom.