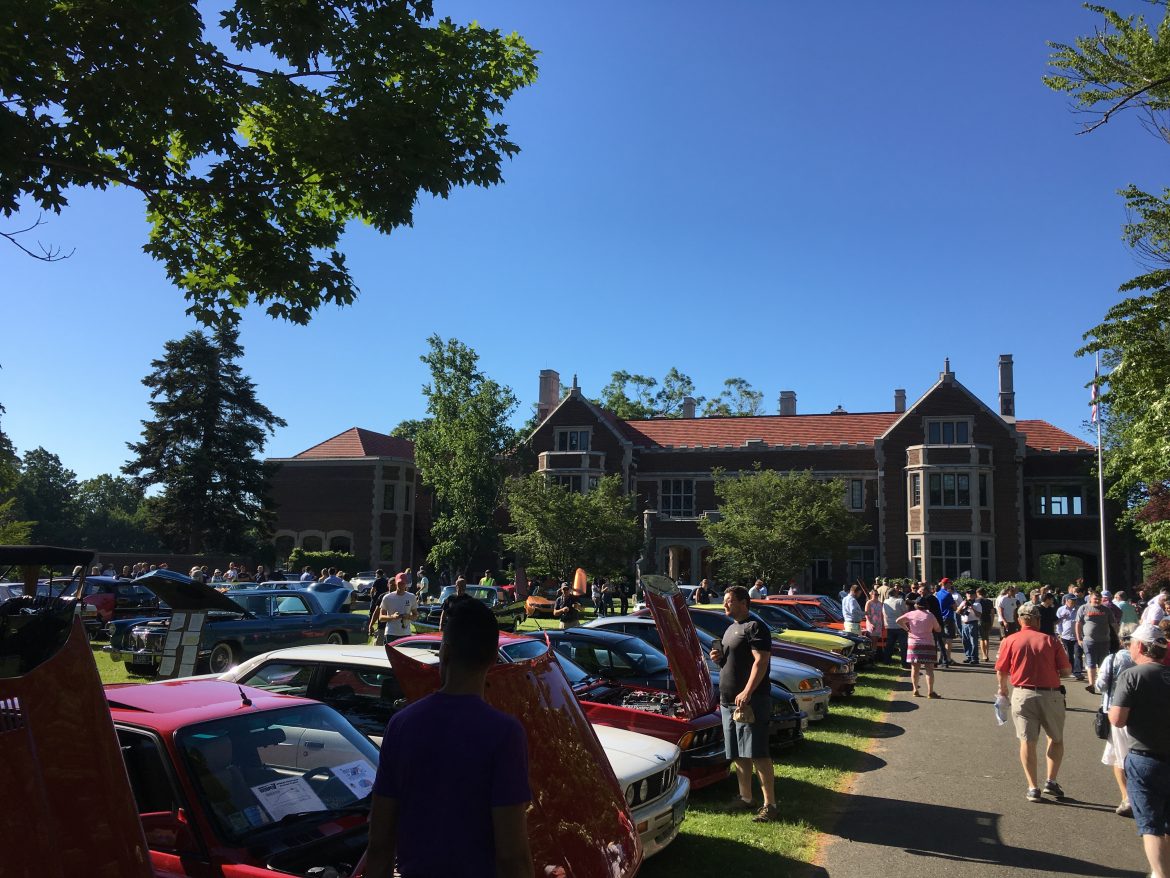 The New Canaan founder of a popular car show is seeking permission from the town to hold an event in Waveny this fall.

Doug Zumbach, owner of the eponymous coffee shop on Pine Street, said he’s hoping to book a Waveny installation of Caffeine & Carburetors for Oct. 16, or if not then the following weekend or the one after that.

“There are, I know, other activities proposed,” Zumbach told members of the Parks & Recreation Commission at their Jan. 12 meeting, held via videoconference. “I haven’t really been able to secure final dates on some of these, but the first choice I would have would be October 16th in the park.”

Yet town officials say they need to wait for the district to confirm whether the parking lots at New Canaan High School could be used by C&C attendees, or if there’s SAT training or testing.

An administrative team known as the “Special Events Committee” met with Zumbach following a very well-attended Caffeine & Carburetors this past October in Waveny and “we cannot secure date until we know what is happening on surrounding properties, including the high school,” according to Tucker Murphy, administrative officer in First Selectman Kevin Moynihan’s office.

“I know the challenges that this puts on Doug and the event, but one of the things that we came away with after that debriefing was that we really need to make sure that all the areas, the surrounding properties, were clear of any major events so that we didn’t have any conflicts,” Murphy said during the meeting, held via videoconference.

“So we are really at the mercy of the schools, getting their schedule together at this point in time, unfortunately. We will do it as soon as we have that information.”

Ultimately, because sign-off from the Special Events Committee is needed, Parks & Rec postponed a vote locking down a specific date for C&C.

Commissioner Rona Siegel asked whether Zumbach could wait for the appointed body’s next regular meeting on Feb. 9 to nail down the date.

“I know it’s hard especially with the parking—it’s such a popular event, I attend myself,” Siegel said. “And there is parking at the high school and the dog park and it’s really well attended so I want to make sure that you have enough room to have your event the way you want it, and safe for the town and for the schools.”

Zubmach said the sooner he could announce a date the better “because of the immense planning required for each event,” including police, sponsors, volunteers, CERT and EMTs.