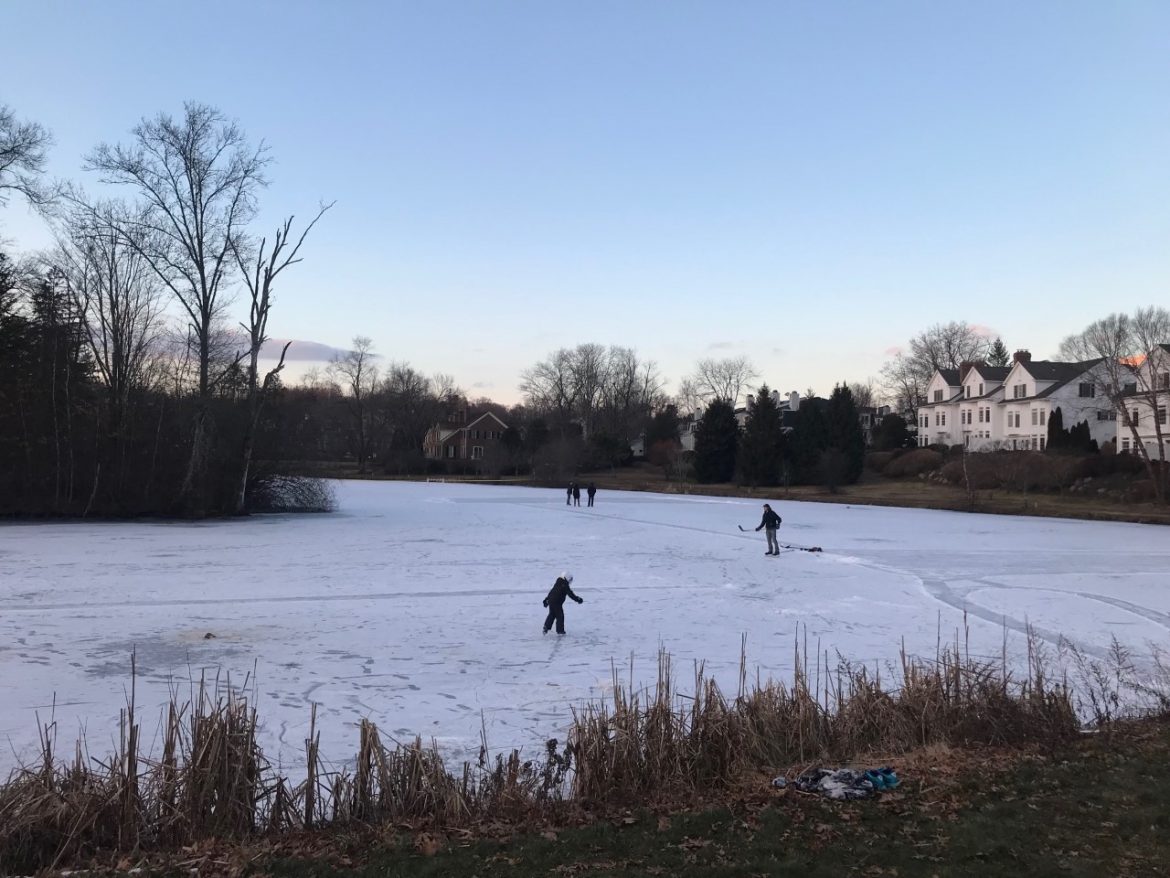 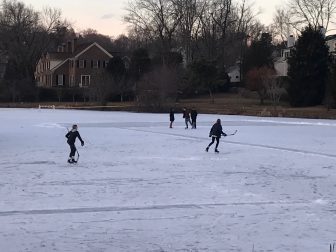 With six inches of ice formed at Mead, skating opened on Monday, according to John Howe, parks superintendent in the New Canaan Department of Public Works.

It’s the first time since 2018 that New Canaan has been able to have skating on Mead or Millport Pond, Howe said. Millport remains closed, he said.

Kids, families and adults, including some with dogs, could be seen enjoying the ice at Mead at sundown Monday. 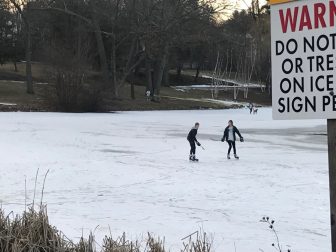 A group of ice hockey players could be seen shoveling snow off of the pond’s surface near along its eastern side.

According to a bulletin posted on the town website, skating is allowed at Mead from dawn to 10 p.m. until further notice.

The town has gone several years without ice skating on the ponds at public parks. When the town opened Mead for ice skating in 2015, it was the first time skating had been allowed there in six years.

One thought on “Mead Pond Opens for Ice Skating”