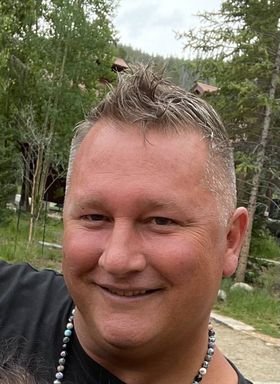 Born March 11, 1978 in Morristown, N.J. to John and Eleanora Crosby, he was a light to his family, friends and all those that knew him through his professional life as a swim coach, yoga instructor and life teacher.

Big-hearted, soft-spoken and generous, with a warm smile, Chandler laughed easily and lit up rooms with his loving energy, never saying no to a person in need. He was adored by his cherished twin nieces, whom he loved to spoil.

A graceful and gifted athlete, Chandler was an All-American collegiate swimmer who loved to cook. He graduated from New Canaan High School in 1996 and, after attending Fordham University, earned a bachelor’s degree in education from Southern Connecticut State University. He worked as a swim coach in New Canaan and Westport YMCA programs, as well as Fairfield County Hunt Club summer swim team, then moved to New Haven and coached at SCSU and for Omni Swim Club at Yale. In recent years he qualified as a yogi and worked as a yoga instructor, moving to Colorado.

He was predeceased by his mother, Eleanora Maria Crosby, and German Shepherd-Chow Chow mix Aspen.

In addition to his father, John Crosby of Trumbull, he is survived by his sister Courtney Crosby Rafferty (Bob) of Trumbull, half-sisters Melissa Evans (Jed) of Morristown, N.J. and Amy Roy (Mark) of West Orange N.J., nieces Ella Norah and Emery Lynn Rafferty, rescued mutt Muku and many aunts, uncles, cousins and additional nieces and nephews.

A memorial service will be held in the future in Trumbull.